Roger Mann founded RagWing Aircraft in 1987 and he produced its first design, the RW 1 Ultra Piet in 1991 (we have had one of these in New Zealand but more of that later).  The company produced numerous designs, of which most were of wood and fabric construction.  Its eleventh design was the RW 11 Ragabond which first flew in 1996.  It is an all wood and fabric side by side two seater that is modelled loosely on the Piper Vagabond.  We have had one Ragabond in New Zealand being the blue and yellow ZK-MGS which is aptly named 'Budgie". 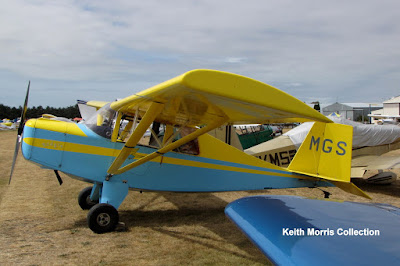 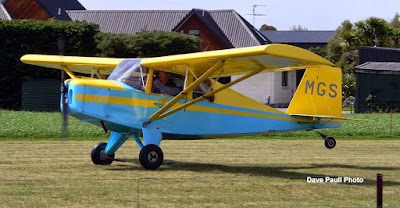 It is now based at Forest Field where Dave Paull captured the above take-off photo on 6/10/13.