The RagWing Pietenpol was Roger Mann's first aircraft design and first flew in 1994.  It is also known as the RW 1 Ultrapiet.  It is an approximate 75% scale single seat version of the Pietenpol Aircamper that was designed under the US FAR 103 rules for ultralights.

We have had one RagWing Pietenpol EXP in New Zealand: 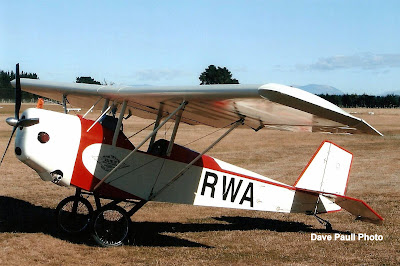