Ardmore surely is the place to catch up with the occasional warbird, even mid-week if you are fortunate, and last Wednesday didn't disappoint. 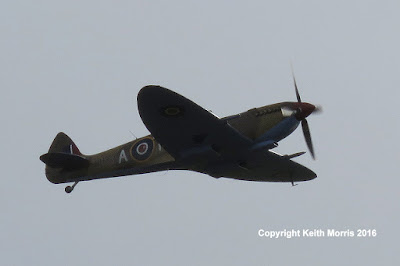 The unmistakeable silhouette of Doug Brooker's Spitfire ZK-WDQ on take off.  Doug told me that he tries to give the Spitfire a flight about once a week to keep it on song. 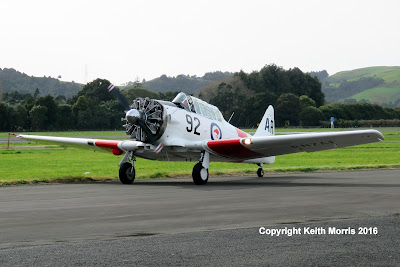 Harvard ZK-WAR was doing some engine runs.  It looked good with its engine shown off to good effect.. 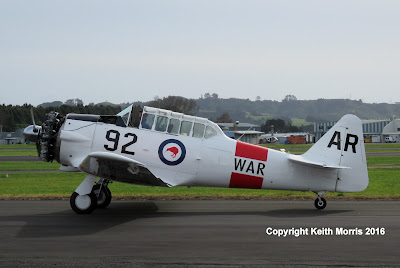 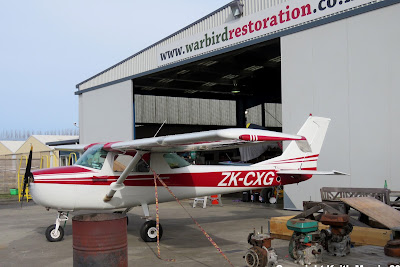 And the Avspecs hangar fixture Cessna 150H ZK-CXG has been repainted into this sharp scheme.  But what has this got to do with warbirds I hear you ask!  Well, I included this because of what is tantalisingly in the hangar behind that must not be posted.  I was told that it is still on track for a first flight at the end of August.