Back on the 10th of July the Wanganui Aero Club held a breakfast ly in at the Flat Hills Strip.
One of the attendees was the Cessna 172A ZK-WPO.
This Cessna 172A was a product of 1960 out of the Cessna plant at Wichita, Kansas and was allocated the US registration of N9832T and the construction number of 47632 on the production line.
This was shipped out to Australia where it became VH-WPC in March of 1960 - the personalised registration of the Whitney Pastoral Co of Carooa, NSW.
They traded up to a Cessna 182 in 1966 and kept their VH-WPC registration - changing the 172 to VH-WPO through Hazair Sales and Services Pty Ltd at Orange in NSW.
It quickly sold to K and M Motors Pty Ltd at Fairy Meadows, NSW but was back with Hazair in 1967 before being on sold to  R J and H M Lynch at Echuca in Victoria in 1968.
It then had a brief spell with the Civil Flying Service Pty Ltd at Cheltenham Victoria until shifting to Nukarni in WA with G L Brown in 1970.
And we see it below as VH-WPO in November of 1970 - thanks to Geoff Goodhall. 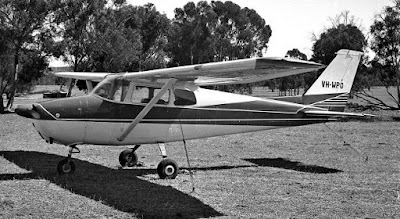 Its last Australian owner was C Brown of Applecross, West Australia from January 1994.
Next thing we know it flys into Auckland from Norfolk Island on 03-06-1994 - Its Australian registration being cancelled on 05-07-1994 and it became ZK-WPO on the following day for A R Miers of Palmerston North.
It is pictured below at Wanaka on 14-04-2006. 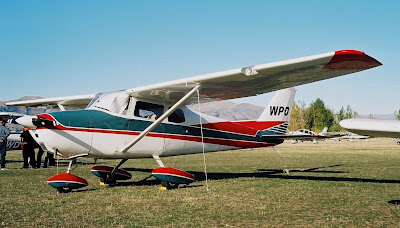 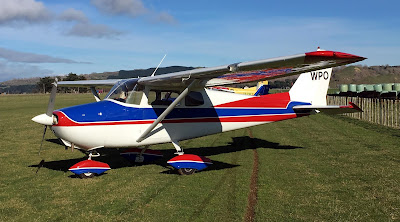