The RagWing Aero Special was Roger Mann's second aircraft design and was designed to be an ultralight look a like of the Pitts Special.  And ultralight it really is with and empty weight of around 276 pounds (126 Kg) and a MAUW of 550 pounds (249 Kg) althought his is increased to 299 Kg under New Zealand microlight regulations.  Engines can range in power from 35 to 65 HP which gives a cruise speed of around 70 mph.  It is also a very small aircraft with a length of 14 feet 8 inches (4.47 metres) and a wingspan of 18 feet (5.49 metres).

We have had two RagWing Aero Specials in New Zealand, both built in the Christchurch area which seems to have been a bit of a hotbed for RagWing aircraft. 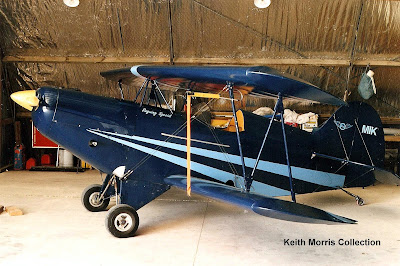 ZK-MIK (c/n RWS070) was built by Mike Kindon of Rangiora and was first registered to him on 23/1/96.  It first flew in March 1996.  It was sold to Wayne Affleck of Invercargill on 14/12/96 and then to Bob Syron of Auckland on 1/1/02.  Bob Syron has an airstrip at the Whangarei Heads but kept his aircraft at Dargaville where the above photo was taken in 2002. 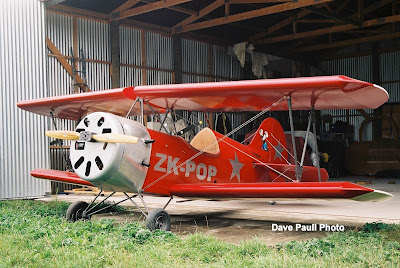 ZK-POP (c/n RWS086) was built by Barry H Gurdler and Bevin H Chamberlain of Christchurch and was first registered to them on 23/2/05, with ownership changing to solely Bevin Chamberlain on 27/7/05.  The aircraft started out with a Polikarpov style cowling as photo'd above at Rangiora on 8/5/05. 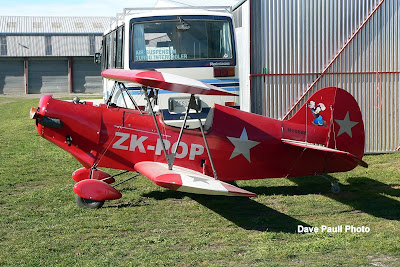 Unsurprisingly the barn door cowling was abandoned for a more conventional cowling, although it did fly with the Polikarpov cowling.  The above photo is also at Rangiora on 10/5/08. 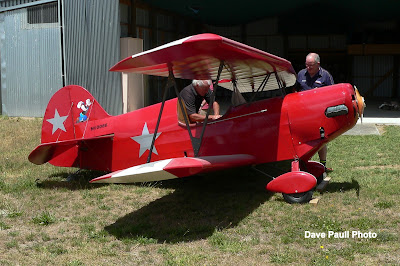 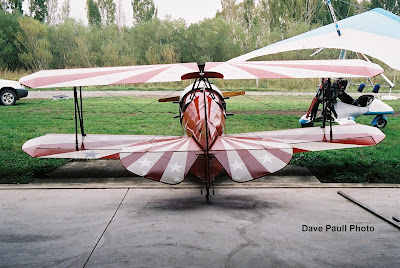 Finally a shot showing the sunburst scheme on the wings and tailplane (this is an early photo with the Polikarpov cowling).  I believe it is hangared at Rangiora and is for sale.