Thanks to the 'Antarctic Sun' for this photograph showing the Bell 212 N227PH (c/n 30953) working at Lake Bonney in the Antarctic Dry Valleys during the 2011 summer season.. 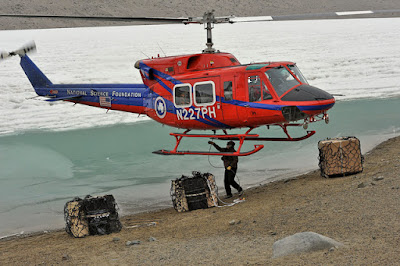 It is operated by PHI Inc (ex Petroleum Helicopters) on behalf of the US National Science Foundation. It is one of four listed to PHI.
This airframe goes back to 1979 when it was hatched as N2763Y followed by a shift to Egypt to become SU-BCU (or maybe SU-ECO). It returned to the States to become N3131S with PHI from 16-06-1993. It was re-registered as N227PH in October 2010.
It is based at McMurdo (Mactown).
PHI also operate AS 350 Squirrels from Mactown and Antarctic NZ also usually have a couple of Squirrels on ice for the summer season. 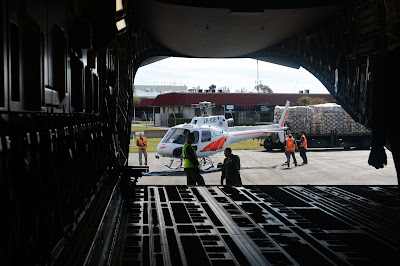