I received some photographs from "Anonymous" the other day.
There was no text message - just the pics.
This is one of them.
Nice. 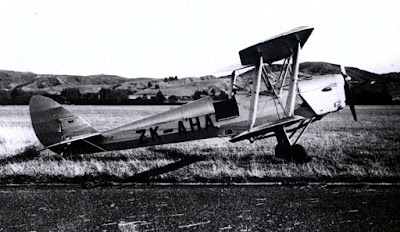 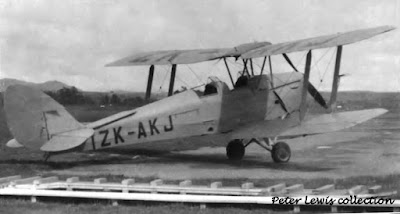 ZK-AKJ didn't last long.
It crashed and was destroyed by fire near Omaka 01-12-1946.
Pic above from the Peter Lewis collection.
So the top photo of ZK-AHA would have been taken between January and October of 1939 and is at Taieri.
Posted by Dave Paull at 16:45