The Storm 300 was the next type of sport aircraft to be registered in New Zealand when ZK-ULT was first registered in April 1999.

The Storm was designed in Italy and back then kits were manufactured by SG Aviation of Saudabia in the Lazio region (the company is now called StormAviation).  The aircraft is all aluminium with fibreglass mouldings and is of pretty standard low wing configuration.  It can be built with a tri-gear or tailwheel undercarriage, but all of our Storms have been tri-gear models.  Engine power can range between 100 and 125 HP.

We have had seven Storm 300 aircraft in New Zealand as follows: 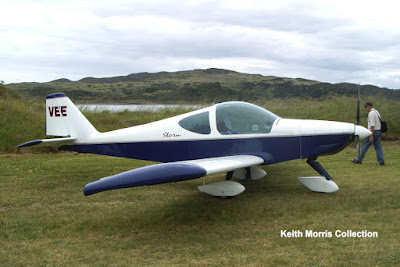 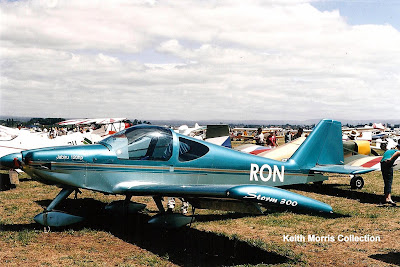 ZK-RON2 (c/n NL-002) was the second aircraft built by Ron Longley of Tauranga (following his Squirecraft Cavalier ZK-DYC).  It was first registered on 21/12/00 and was powered by a Jabiru 3300 engine.  It is photo'd above at the 2004 SAANZ flyin at Tauranga.  Ron sold the aircraft to KB and MB Johnston of Whakatane on 25/2/06 and they re-registered the aircraft as ZK-KMJ on 10/4/06.  (Can anyone supply a photo of it as ZK-KMJ?).  The Johnston's took the aircraft with them to Australia, cancelling the New Zealand registration on 10/4/07 and  registering it as 19-5024.  Tragically it crashed into bushland near Bundaberg, Queensland, on 6/10/13, killing Karl Johnston. 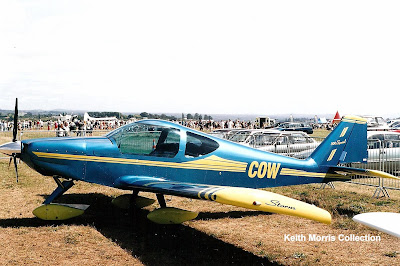 Then followed a dericho of Storms that I have (somewhat whimsically) posted about previously at www.nzcivair.blogspot.co.nz/2009/04/heard-of-cows.html

The first of these was ZK-COW2 (c/n NL-001) that was built by Chris and Martin Schadler of Whakatane and registered on 25/9/01.  It was also powered by a Jabiru 3300 engine and is photo'd at the 2004 SAANZ flyin at Tauranga.  On 5/1/04 it was sold to The Flying Cow Ltd (Mike Johnson) of Christchurch.  Sadly it has sat derelict at Rangiora for some years but it is still registered. 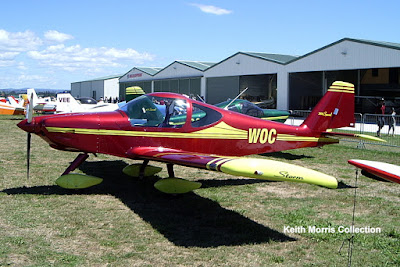 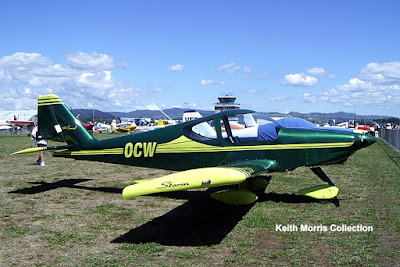 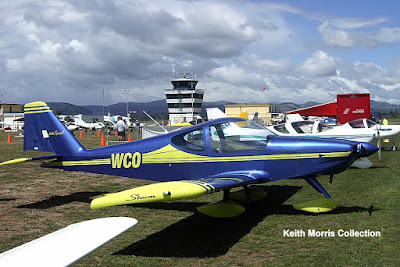 Chris Schadler has gone on to build a Vans RV 3 which he recently registered as ZK-WCO2.