A couple from Ardmore this morning.

Magnaman spotted these two movements at Ardmore this morning (24-07-2015). 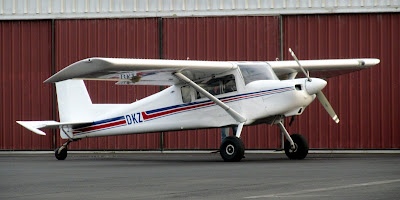 David Horton had his Murphy Rebel ZK-DKZ2 (c/n 724R) outside its hangar.


Below is what the NZ Aviation News Mag said about this aircraft back in 2008.

"Being co-owner of the Cub ZK-BKV, the covering of which was nearing the end of its use by date, David Horton started looking for a “metal Cub” that would fly a little faster.
Choice was finalized after seeing Graeme Weck’s Rebel ZK-WEK at Matamata.
The kit arrived in August 2002 and by following the excellent manuals, by the time I reached page 6 of chapter 26 (and with the help of Graeme Weck and Brian Wigley) I had a new aircraft.
David has had his pilot’s licence since 1973 and has had an interest in many aircraft, including Cessna 172 ZK-DAZ, DKH, DRT, EKF, and JAZ; Cessna 206 EJE, Cub BKV and the Tecnam P92S Echo ZK-PAB2.
This Murphy Rebel has a Dynon instrument panel and as ZK-DKZ2 uses David's two initials (DK) - plus the complete registration is a palindrome. "