Impressive Hangarful for the Future Ardmore 15-7-2015

On the other side of Ardmore, there were also a lot of interesting things in the Pioneer Aero hangar. 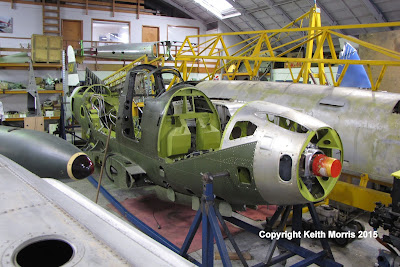 Bell P 39 Airacobra arrived in May for completion of restoration to flying status.  It is well along and it is expected that the aircraft will be completed in 15 to 18 months. 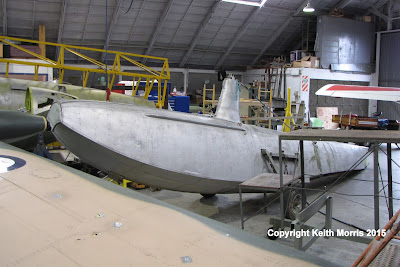 This is the central (main) float of one of two Vought OS 2U Kingfishers that are next in line for restoration.  The Kingfisher was a catapault launched observation floatplane that was operated by the US Navy from August 1940.  Does anyone know if any Kingfishers ever came to new Zealand during WW 2? 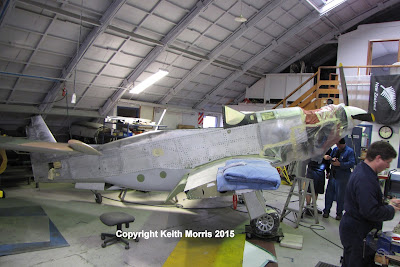 And finally, a pseudo warbird - this is the Titan T 51 Mustang that Pioneer Aero have been building for quite some time for an Australian owner.  It is scheduled to go to the paint shop next week and I was told that it will be painted in the coluors of a Mustang named "Big Beautiful Doll".  It will be registered in New Zealand and it is planned to fly it across the Tasman to its new owner.