Cessna 337 Super Skymaster c/n 337-0176 was penciled in on the Cessna production line to become N2276X but in fact was rolled out as VH-CJV - the personalised letters for J V Clancy of Kamaran Downs Station of Bedourie, Queensland.
Below is a pic of VH-CJV as seen at Adelaide's Parafield airfield in November 1965 by Geoff Goodhall.

It was with Hawker De Havilland Pty Ltd of Jandakot from May 1968 and went out on lease to Noeska Aviation of Kalgoorlie and later to Preston Air Charter at Jandakot and then Simpson Aviation Pty Ltd also at Jandakot.
It arrived at Ardmore on 12-08-1971 with its Australian registration being cancelled on 24-08-1971 for it to become ZK-DFT with James Aviation Ltd of Hamilton on the same date.
It first flew as ZK-DFT on 08-11-1971. 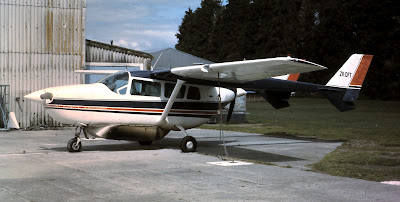 Photo below shows it at Ardmore in May of 1973 - another Allan Wooller shot.
Note the Do28 in the background. 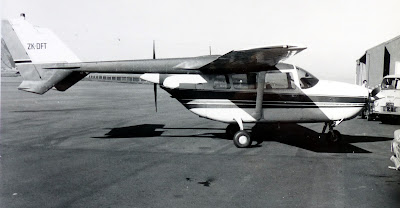 James Aviation sold it to the Taupo Flying School and Air Services on 25-01-1974 and is seen below in November of 1975. Pic comes from the CMM collection. 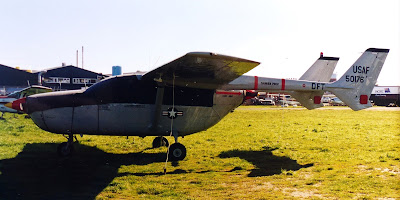 These two pics show it at Christchurch on 28-08-1999 in its pseudo USAF markings. 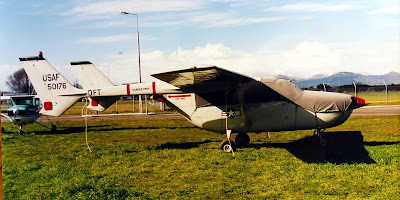 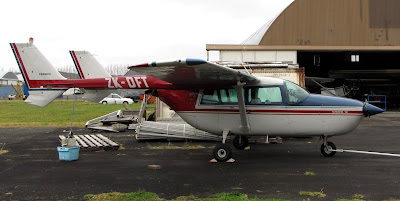