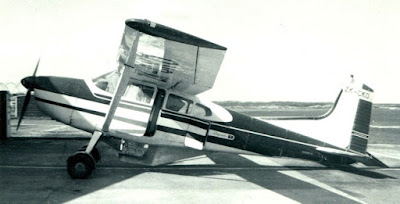 Above is an undated photo from Allan Wooller showing CKO fitted with hopper at Wanganui.
Also missing a tail wheel.
It had a ground collision at Blinkbonnie on 29-04-1966 with the Fletcher FU24 ZK-CMK.
Next we see it join Rural Aviation (1963) Ltd of New Plymouth from 06-01-1967 who moved it on to General Finance Acceptance Ltd of Wellington from 03-08-1967.
Below an undated photo taken at Napier from the CMM collection.

They in turn leased it to the Dannevirke Flying School.
It suffered some form of damage at Akitio on 26-08-1967

Above is a pic taken at Dannevirke by Allan Wooller 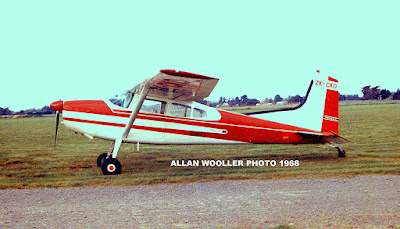 In the photo above we see it at Milson in 1968 thanks to Allan Wooller.
Then I have it on line with Rural Air Charter of New Plymouth before being listed to Federated Finances Ltd of Palmerston North from 09-01-1970 who leased it to Barry C "Doc' Sait from that same date. (Sadly Barry was killed in the crash of Cessna Agwagon ZK-COP on 25-02-1970).
Below we see it at Wellington on 24-01-1971. 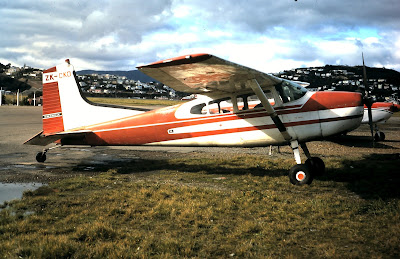 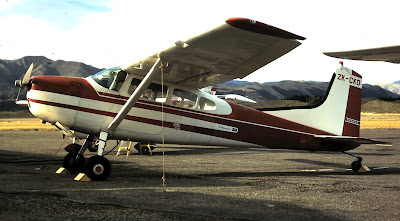 The Waikato Flying School (T J Bindon) of Hamilton feature from 08-07-1971 with whom it had an event at Kerikeri on 05-09-1972.
Then from 09-08-1973 up until the present time it has been with Frederick James (Jim) Larsen under one name or another. Initially just to F J Larsen at Upper Waitotara.
Below we see ZK-CKO at Hood, Masterton in 1973. Pic from the Allan Wooller collection. 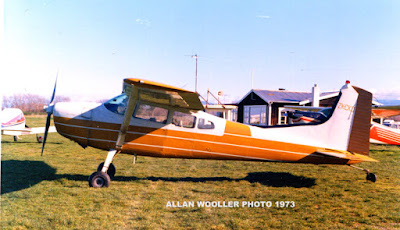 Another view below at Christchurch in January 1976 thanks to CMM. 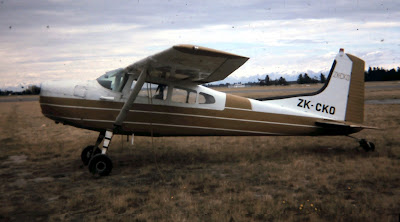 Next change of details occurred on 26-09-1978 when it was listed to F J and J W Larsen of Waitotara and trading under the Ngamatapouri Air Service name.
Allan Wooller captures it again below at Wanganui during 1979 in yet another colour scheme.
Note Jim,s specially built and fully loaded hay dropping frame beneath the fuselage 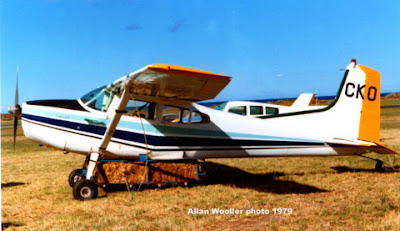 On 12-08-2003 it changed to Remote Adventures Ltd listed at Wanganui.
Jim was by now spending considerable time at Takaka on Heaphy and other charter flight during the season.
He still had his farm to run and would shoot up north during this summer season quite a bit.
The aircraft featured in a Country Calendar program with Jim flying with the door off and his wife Juliet pushing out hay bales. 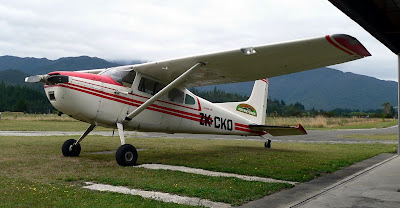 On 17-02-2010 I spied it at Takaka with full "ZK" fuselage markings with the ZK covering the fuselage stripes.
These "ZK" marks were applied when Jim flew the aircraft to Australia on an AOPA safari.
He had a ferry tank of some 90lts installed in the rear and I believe flew across the Tasman with 4 pob. Removing the long range take he flew the safari with six up and replaced the tank for the trip back across the Ditch. 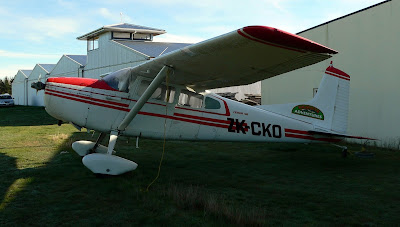 The shot above taken at Rangiora on 07-06-2013 shows a red stripe is missing from the door.
Jim had both doors rebuilt due to cracks and corrosion and the vinyl strips have yet to be replaced.
And below is a closer look at the tail marking. 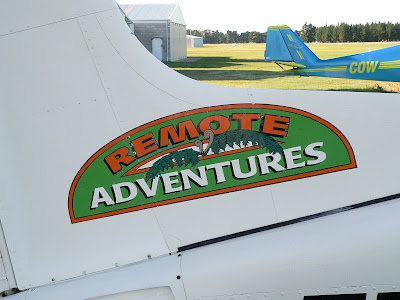 As of 17-11-2014 the ownership details were changed to F J Larsen of Wanganui.
With thanks to Mit Brereton for help compiling this post.
Posted by Dave Paull at 10:16