Southern Wings has been carrying out flight training at Ardmore for one year now.  Part of their current fleet is these two Alpha R2160s that are virtually twins (of the familial variety).  They were both built by Alpha Aviation at Hamilton and were registered a month apart in 2006.  They have both been with Southern Wings since new and they have identical colour schemes.  And they were parked together at Ardmore on 15/7/15.

The new Ardmore security fence consisting of a 5 wooden rails came in handy in getting up high enough to take these photos. 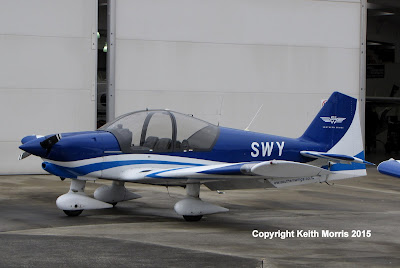 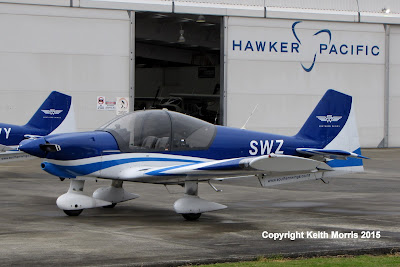 According to its website Southern Wings is one of New Zealand's oldest aviation training colleges, tracing its history back 75 years.  It has been a partner Flying Training Organisation with Air New Zealand since 2011 which means that it can offer integrated flight training with the goal of graduating to an airline career.