I remember when - Heli towing 20 years ago.

I plucked this shot out of the olde shoe box this morning.
One which I took during my gliding days.

The place was Omarama.
The date was 07-01-1995.
The glider was the Schleicher ASW24CL ZK-GRC (c/n 24223) and the pilot was Bruce Drake.
The helicopter was the Hughes 369D ZK-HLE (c/n 870179D) and the pilot was the late Alan Bond.
The take off and climb out was I imagine pretty conventional but the release was something different.
The helicopter went into a hover and the glider dangled beneath from its nose hook.
The hook was then release and the glider dropped/flopped away. 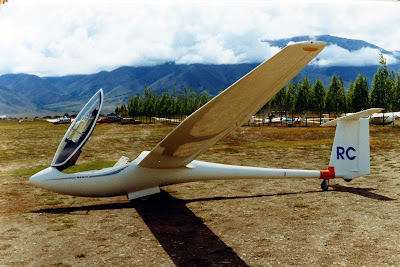 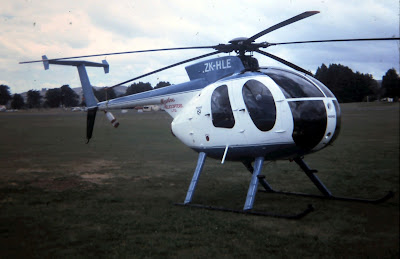 Here we have two shots from the CMM collection showing ZK-HLE in Marine Helicopters markings at Ardmore in April of 1978 (above) and  June of 1978 (below).
Whats with the side containers in the shot below ? 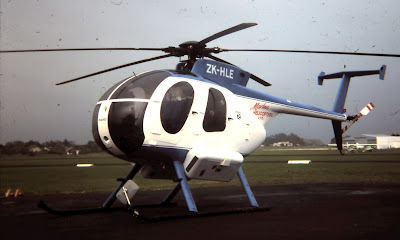 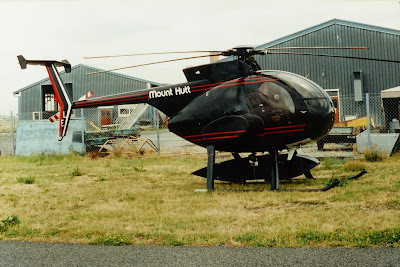 Above and below we see it at Christchurch International on 18-11-1988.
Note the airfoil shaped extension to the Passengers door.
This was to hold a stretcher cross wise.
Alan was the man on the spot at the Mount Hutt skifield, with his hangar just at the base of the mountain, and got a good number of customers for transfer to Christchurch hospital. 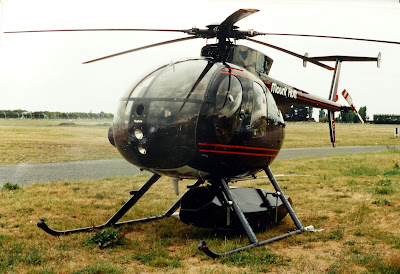 The furry shot below gives a  better idea of the length of the extension. 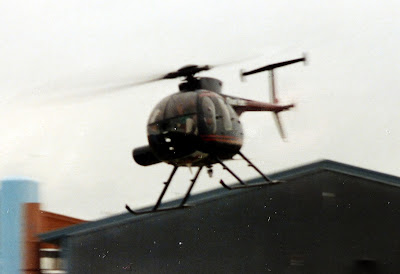 Below it is November of 1994 and the site is the Harper Village where the Harper River either diverts into Lake Coleridge or down to the Wilberforce River.
The occasion is an infield gearbox change following a very determined flashing of the metal making detector light whilst we were on our way up the valley. 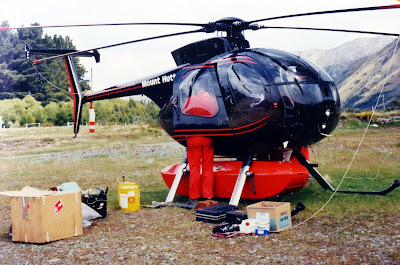 Alas Alan Bond and his crewman Bruce Garrick were killed on 12-02-1996 on the way back to their Rakaia Gorge base following a nigh time recovery mission of a foreign national whom had got caught out on an island in the braided Rakaia River following the usual late afternoon river rise.

On a humerous note. Alan came to pick us up from the Hamilton hut away up the Harper River late one afternoon. The normal procedure was to have all our gear and ourselves in one group on the edge of the small landing spot and Alan would land right beside us and all we had to do was to stand up and open the doors, toss our gear in and then clamber in ourselves. My off sider loaded the gear and himself into the back whilst I remained on my knees beside the helicopter. I vividly recall Alan looking down at me and his head movement and  eyes saying "well aren't you getting aboard".
I had to signal him to take the weight of the helicopter because the length of the skid had brushed my leg when he landed and caught my overalls hard against the ground.
That was worth a few laughs back in the after hours hangar.
One of our really great helicopter pilots from the deer culling days.
Posted by Dave Paull at 12:18