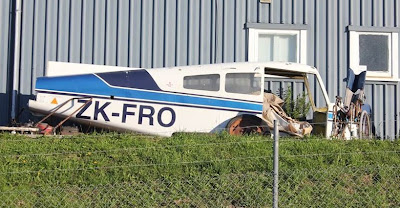 I have received some low resolution photos from Peter Layne, taken recently, showing the fuselage of ZK-FRO in the Seaview Wreckers yard at Porirua, two of which I have included at the bottom of this posting.
Beechcraft A23-24 Musketeer Super 3, c/n MA-181 , was I believe a 1967 production aircraft which arrived and was uncrated at Hawker De Havilland at Bankstown on 10-04-1969 and was registered as VH-DYG. The only listed Australian operator I can find was Sunland Aviation Service Pty Ltd of Archerfield.

On 08-11-1969 it was registered as ZK-DAD to the Wellington Aero Club. Colour scheme was from memory - blue lower fuselage with white upper and tail, with red and gold trim lines.
Top pic shows her at Wellington on 06-07-1971 with the Pig ZK-DAI behind. 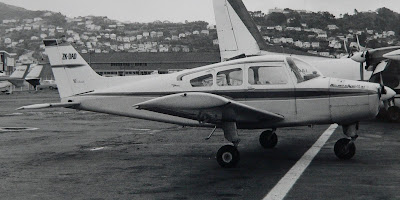 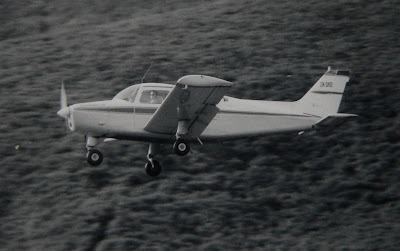 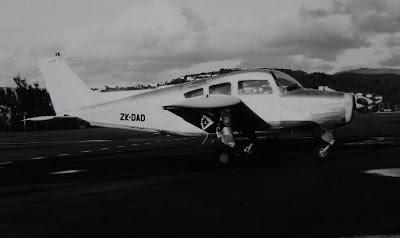 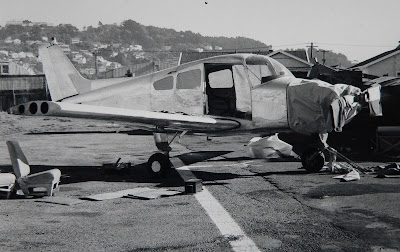 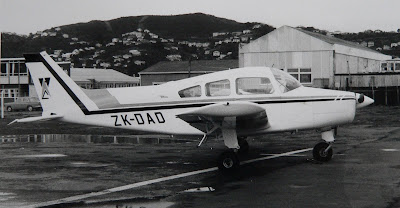 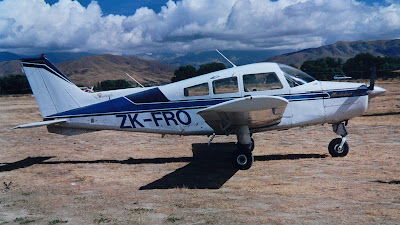 Two recent views (May 2010) from Peter Layne showing ZK-FRO in the wreckers yard.