The W8 Tailwind is a high wing braced 2 seater with a welded steel fuselage and wooden wings with no dihedral, all fabric covered.  It was designed by well known air race pilot and homebuilt aircraft pioneer Steve Wittman in 1953, making it one of the older 2 seat homebuilt designs.  Steve Wittman got the design right as performance was outstanding with a maximum speed approaching 200 mph on an 85 HP Continental C-85 engine.  The Tailwind outperformed many factory built aircraft of the time, and it would be many years  before new composite designs were able to achieve similar performance with the same horsepower.  Steve Wittman later developed the W10 model with tapered wingtips. 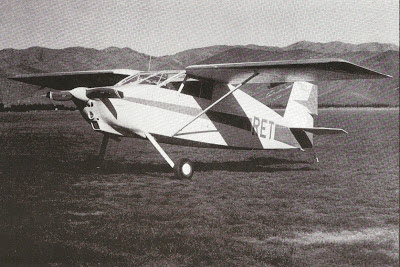 Our one and only Wittman W8 Tailwind (to date) was ZK-RET (c/n AACA/386) which was built at Blenheim by Ray (E) Thurston, and was first registered to him on 15/12/80.  Its first flight was on 20/12/80.   In this very early photo of ZK-RET scanned form an article in the July 1981 Sport Flying magazine, it can be seen that it has square wingtips.  The aircraft first flew with an O-200 engine.  Ray also mentioned that "there is a longer wing modification which I am currently looking into which is supposed to improve the climb and lower the stall speeds with no change in top speed". 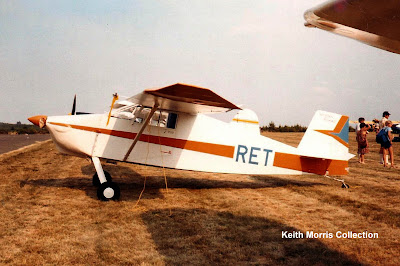 In this photo taken at the 1982 AACA flyin at Taupo it can be seen that the aircraft now has the extended
wingtips previously talked about by Ray. 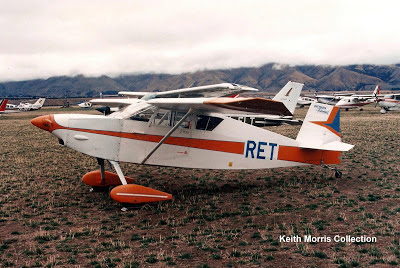 In the late 1980s Ray Thurston fitted an inverted dry-sump Rover V8 engine to ZK-RET, and it first flew with Rover power in July 1989..  Ray was an engineer and that he managed to get CAA to approve this engine was an achievement.  The Rover engine is fitted in the above photo which was taken at a Warbirds
Over Wanaka airshow. I think that we might see more Tailwinds in New Zealand, as I am aware of a pair of them being built in the Waikato.  It would be great to see more of them.