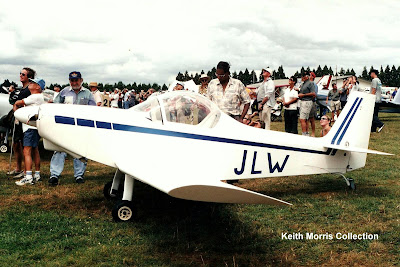 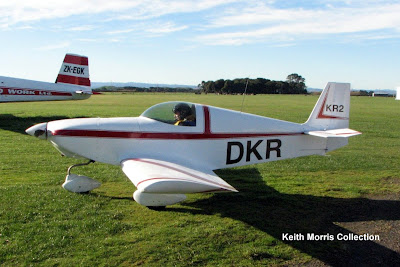 KR 2 U/L ZK-DKR (c/n 7557) was built by Donald Preston of Winton in Southland, and was first registered on 16/6/03.  He moved North in July 2008 and this photo of it was taken at Stratford by Nick F in July 2008, presumably being ferried North.  It was sold to AM Anderson of Rotorua on 11/7/08 and to BM Whiteman and G Mitchell of Waiuku on 31/3/10.  It spent some time at Dargaville with fuel tank problems.  It drifted off the runway while landing at Parakai on 12/4/12, I understand on delivery to a new owner.  It was sold in a damaged state to HB Robertson of Dunedin on 1/5/12, and it is currently stored at Rangiora awaiting repairs. 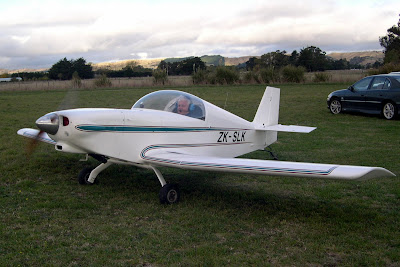 ZK-SLK (c/n 2122) is one of a pair of KR 2 U/L's built in Wellington and based at Masterton. It was started in the 1990's and was completed by Ben Wilkinson of Whitby.  It was first registered on 9/5/06.  It has a Porsche Type 4 2600 cc motor which sounds pretty powerful.  The photos were taken at Masterton in May 2007, with the above photo showing Ben's brother Don trying it out for size. 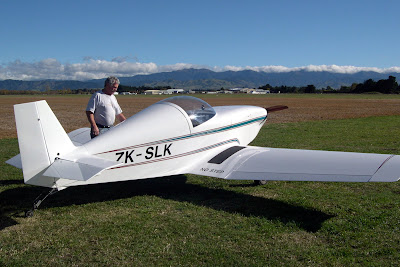 The above photo is with Ben Wilkinson.  It suffered an engine failure in 2009 at Masterton, but it force landed successfully. 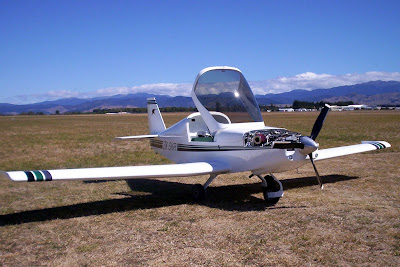 The second of the pair of KR 2s is our only KR 2S, ZK-SKR (c/n 8438) which was built by Wayne Rayner and was registered to him and R Cade of Wellington on 2/2/07.  It has a Subaru EA 81 1800 cc motor with a Sub 4 geared propellor drive mated to an Ivoprop 3 bladed propellor.  It first flew with a tricyccle undercarriage as shown in the above photo taken at Masterton on 11/3/07.  Thanks to Wayne Rayner for the photo. 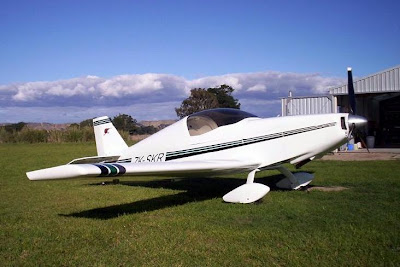 ZK-SKR has a stretched fuselage and the cockpit is 3 inches wider than the standard KR 2.  It was converted to a tailwheel undercarriage as shown in these 2 later photos, also taken at Masterton. 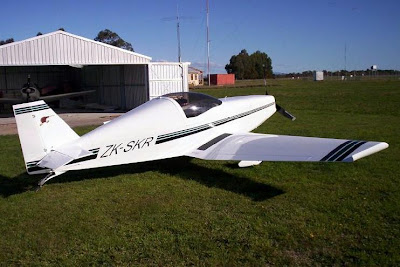 The above photos of ZK-SKR and ZK-SLK were supplied by Ben Wilkinson and Wayne Rayner via Gavin Magill of the Kiwi KR website.  Thanks Gavin. 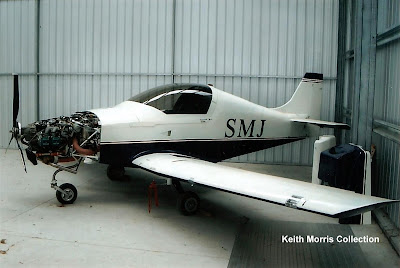 That is the end of the KR 2 story in New Zealand to date.  As I mentioned at the start there are others actively under construction so I expect we will see more KR 2s on our register.

And there was one more mystery KR 2 that was on static display at the 2008 SAANZ flyin at Tauranga.  I will post this aircraft as a Question Time.