The following helicopters have been observed visiting Ardmore recently:

Hughes 500E ZK-HCD is seen here arriving at Ardmore 20 May and it hover taxied to Oceania Helicopters.  An extensive review of this helicopter can be found by clicking here. 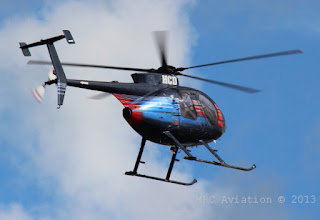 And parked at Oceania 21 May was this AS350BA Squirrel ZK-HIU.  It has been a South Island resident since import back in August 2008 but in March this year ownership saw it move to Taupo and it now flies on behalf of Heli Sika.
An earlier post on ZK-HIU can be found here. 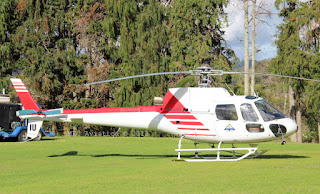 Another machine with South Island connections was parked at Heliflite 21 May with Robinson R44 Raven ZK-IBD parked next to the hangar.  It has been registered to Western Pacific Helicopters of Wanaka since late 2012.  Western Pacific often have helicopters deployed overseas on fish spotting operations so it will be interesting if ZK-IBD is destined for the same. 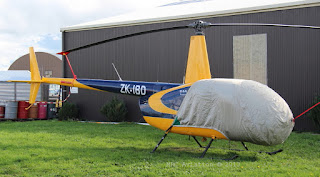