New Zealand's one and only Piper PA46-500T Meridian ZK-OLY has departed the country today on export to an owner in New South Wales.  The seldom seen high performance single has lived at Fielding since delivery to NZ in June 2010.  It arrived at Auckland on the 22 June 2010 as N598C and continued to Palmerston North a few days later.  It didn't make it onto the ZK register until 04 February 2011 and remained with the one owner for its time in NZ.

Pre export maintenance was carried out at Nelson and it flew from there to Auckland on 23 May 2013 and today it has headed to the Gold Coast via Norfolk and Lord Howe Island's.  Sources report the aircraft will be registered VH-WME. 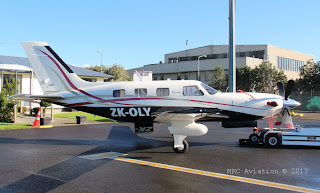 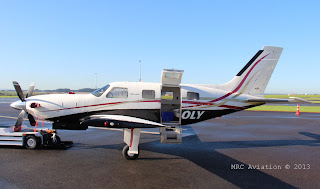