I am still hoping that someone out there in the blogosphere can identify this KR 2 which I photo'd at the 2008 SAANZ flyin at Tauranga. 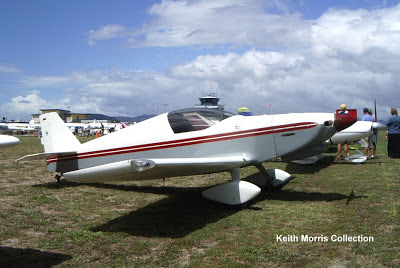 Thanks Fred for the suggestion that it was ZK-KRG, but it isn't.  I spoke to Peter Holmes who is the current owner of ZK-KRG and he confirmed that when he repainted ZK-KRG in its current yellow colour scheme, it was still in Case Groot's original colour scheme.  Also, the cowling on the above aircraft is dirrerent to ZK-KRG's cowling. 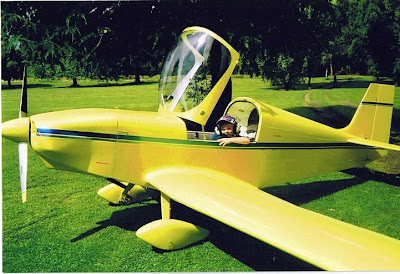 And here is ZK-KRG in its current colour scheme.  Peter told me that he only painted the registration under the wing.  Thanks to Peter Holmes for the photo.