Sling Aircraft Slings (Only One) of New Zealand

The final new type of sport aircraft to be registered here in 2014 was the Sling:

The two seater Sling was designed by Mike Blyth and the prototype first flew on 18/11/09.  It is produced by Sling Aircraft (Pty) Ltd of Johannesburg in South Africa as a kit or a fully built up aircraft.  After a full testing programme the second prototype was flown around the world from East to West in 40 days in 2009, which proved the credentials of the design.  The Sling is of all metal construction with composite cowling and fairings.  The design has been extended to a 4 seater aircraft which is called the Sling 4 while the 2 seater has been renamed the Sling 2.

We have had only one Sling registered in New Zealand: 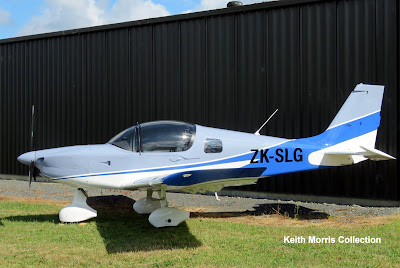 ZK-SLG2 (c/n 182) was imported by Tim Harrison of Sports Aircraft New Zealand Ltd at Warkworth, and was registered to Darren E Price of Warkworth on 29/10/14.  It is photo'd above at Kaipara Flats airfield on 9/12/17.  (The first ZK-SLG was a Piel Emeraude that was registered in May 1991 but it was not completed and the registration was cancelled in August 2010). 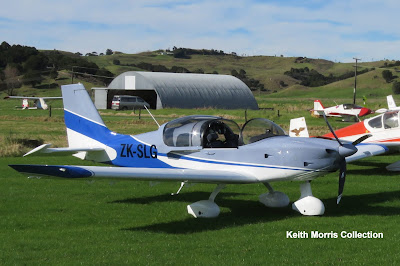 Back in September 2018 I was privileged to enjoy a very pleasant flight from Kaipara Flats to Dargaville with Darren, and I felt that the Sling was a very pleasant and stable touring machine.  The link to this flight is:  https://nzcivair.blogspot.com/2018/09/another-dargaville-lunch-run-15-9-2018.html