We are now up to 2015 in our new sport aircraft list, and the first models to be registered were a couple from AeroAndina:

AeroAndina S.A. is a Colombian company that specialises in the design and manufacture of sport aircraft.  Its roots go back to 1971 when it was founded as Agricopteros LTDA and produced small numbers of agricultural gyrocopters (!) and then went on to manufacture an agricultural version of the Scamp biplane (of which we have had several non-agricultural examples here) and the Rotorway Executive helicopter under license.  AeroAndina S.A. emerged in the early 2000s and since then company has produced several hundred aircraft.  The chief designer is Maximo Tedesco who claims to be the designer of the MXP 740 Savannah that AeroAndina reckons was plagiarised by others, but that it another story.  However I understand that their current range of aircraft are developments deriving from the MXP 740 Savannah.

The two models of AeroAndina aircraft registered here in February 2015 were the MXP 150 Kimbaya and the MXP 1050 (as recorded by CAA) Tumaco.  I have not been able to track down details of the Tumaco which the importer Wess Ruijne told me was a MXP 850 model.  It does have the name Tumaco on the nose.  I understand that both aircraft are of all metal construction with 100 HP Rotax engines.  It looks like the Kimbaya is more of a cruising aircraft while the Tumaco looks more like a STOL aircraft.  I have only been able to find a few statistics for the Kimbaya, which are:  wing area 132 square feet, empty weight around 375 Kg (827 pounds) and in New Zealand both the Kimbaya and Tumaco are registered as LSAs with a MAUW of 598 Kg (1,320 pounds).  The cruise speed is around 120 mph (110 knots) and the stall speed is quoted as 35 mph (30 knots). 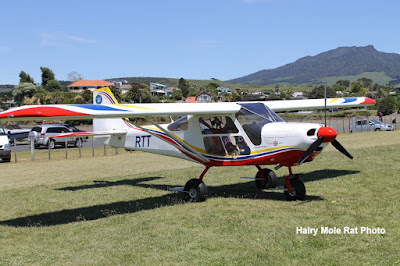 It attended the 2015 Black Sands flyin at Raglan where it is photo'd above and below on 7/11/15, showing the extensive cockpit glazing. 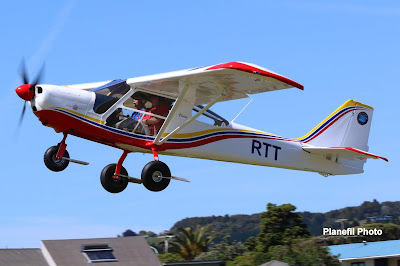 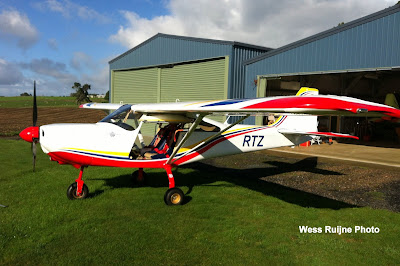 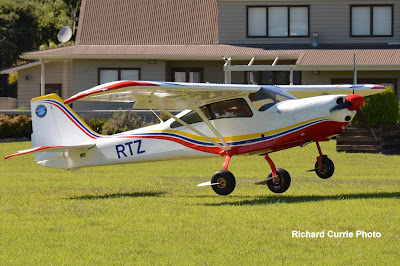 You can see its lines better in this photo, taken at Pauanui on 24/2/18.  It is still based at Pukekawa and is Wess's own machine.