Sea & Sky Cygnets (Only One) of New Zealand

The next type of sport aircraft to be registered in New Zealand in 2015 was the amphibious Sea & Sky Cygnet:

The Sea & Sky Cygnet was designed by J P Krucker of Ontario, Canada and it was originally manufactured by his company.  Manufacturing then switched to Sea and Sky Inc of Fort Walton Beach in Florida (who have since been renamed Airtime Aircraft).  It is an two seat tandem weight shift pusher microlight aircraft with twin floats and a retractable tricycle undercarriage.  It is built from bolted aluminium tubing and the undercarriage is from Titanium.  It can be powered by engines from the 64 HP Rotax 582 to the 100 HP Rotax 912S.  A number of different wings can be fitted between 160 and 200 square feet.  The aircraft comes with its own purpose built trailer and it is claimed that it can be from the trailer to flying in around 20 minutes.

We have had only one Sea & Sky Cygnet in New Zealand to date but we may see more as the aircraft is still in production.  I reckon it is a pretty neat concept. 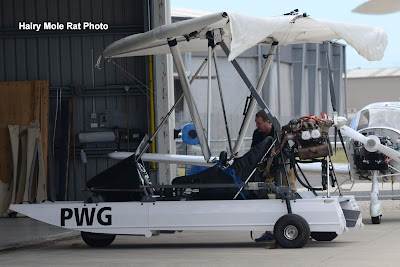 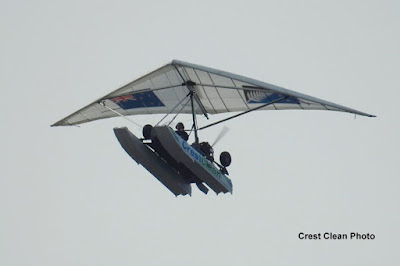 Derek Holmes obviously had connections to Crest Clean Commercial Cleaning as ZK-PWG appeared with Crest Clean logos, as seen above during a flight over Lake Taupo on 19/12/15 (Click to enlarge).  You can see the twin floats in these photos. 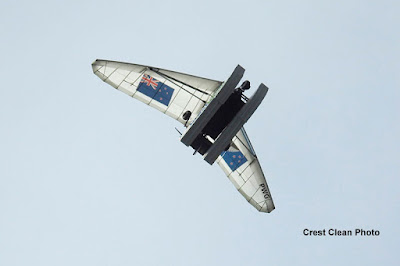 It also featured the New Zealand flag and the proposed new flag that was rejected in a referendum in March 2016. 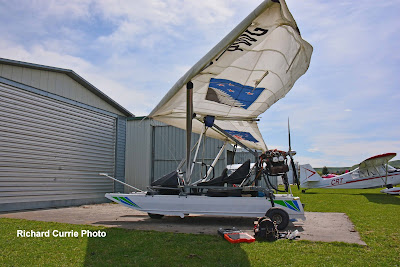 Ownership changed to S B Jones of Taupo on 29/3/19 and it is photo'd above at Waipukurau on the very same date.

There is a nice video of Derek Holmes flying his Cygnet from Tanners Point in the Northern reaches of the Tauranga Harbour  HERE  Have a look for the flying stingray.