Back Country Cubs (Only One) of New Zealand

The next new type of sport plane to be registered here in 2014 was the Back Country Cub:

We have had only one Back Country Cub in New Zealand to date: 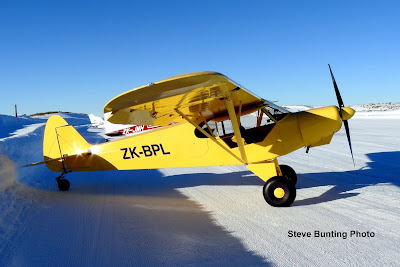 ZK-BPL2 (c/n GC1007) was registered to Ronald Alan McAuley of Wanaka on 23/10/14.  I have never seen it and the only photo I have ever seen is this spectacular one from Steve Bunting taken at the Southern Hemisphere Proving Ground in the Pisa Range in Central Otago, on 3/9/17.  Thanks for the photo Steve.
Posted by Sir Minty at 15:58