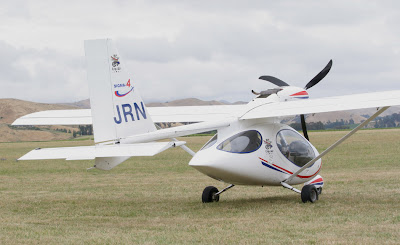 Above is the Sigma-4 ZK-JRN (c/n 10) of Mike Gray of Blenheim now carrying "Crip Air" signage. I like your sense of humour there Michael.