Due to the closure of Tauranga Airport for practice flying for the Tauranga Airshow, SAANZ aircraft had to relocate to Whitianga for their flying competitions. I thought I would call in to see what was happening. I was just in time for the landing competition and I photo'd the following efforts: 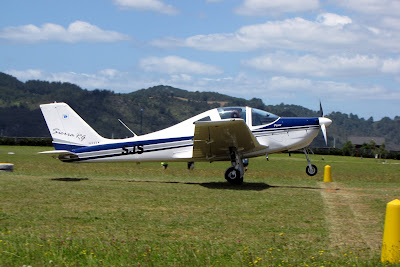 Technam P2002 Sierra ZK-SJS coming up short. It is owned by Stephen J Robinson of Thames and is ex ZK-SRG. 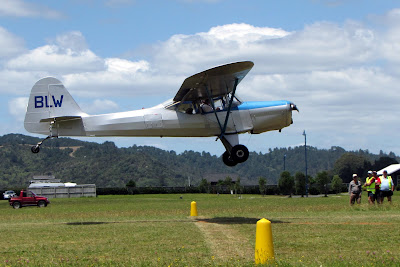 Too high! Re-engined Auster J5Q Aiglet ZK-BLW sails by for another attempt. It is owned by BV and SJ Freemantle of Waharoa. 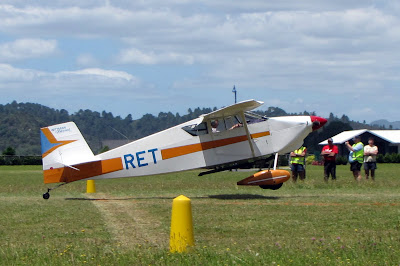 Just past the line. Wittman Tailwind ZK-RET got close. It is owned by Noel Izard of Te Awamutu and is also re-engined, having first flown with a Rover V8 conversion. 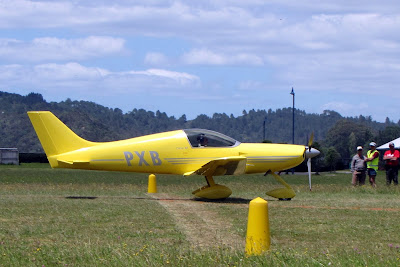 Close but too short. Pulsar ZK-PXB is owned by Brian Anderson of Havelock North. 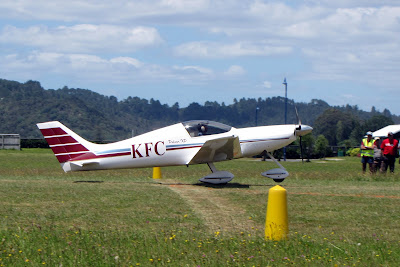 And the winner was Cliff McChesney flying the Waihi Aviation Group's Pulsar ZK-KFC. He was very close on all his attempts.
Posted by Sir Minty at 20:10