The fourth Vans RV 12 to be built by students from the Mercury Bay Area School under the mentorship of experienced local aircraft engineers and builders, has made its first flight from Whitianga on 21 November.  This was a bittersweet time as the community reflected on the loss of Jim Evans who was the instigator of the aircraft building programme back in 2011 and who died in the crash of his RV 12 in 2019.  Two other mentors Peter Austin and Roger Beasley also passed away during the construction of this latest RV 12 and they are honoured on the aircraft, along with the names of the students who built the plane: 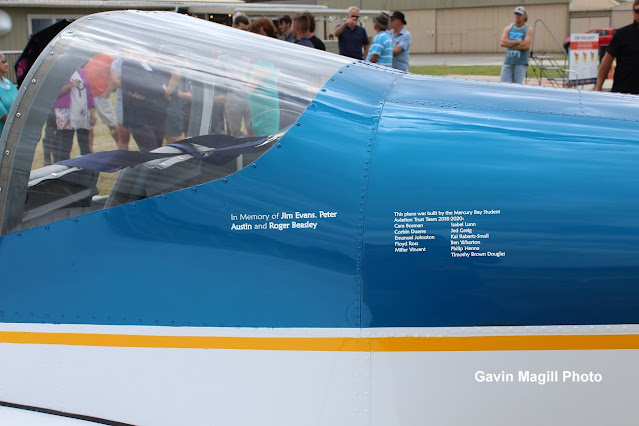 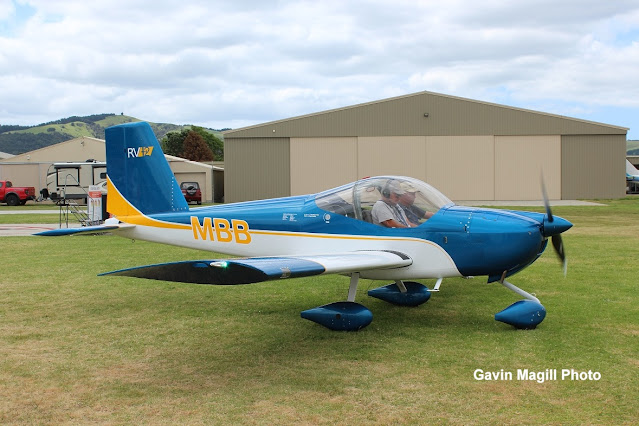 Alan Coubray taxies out in ZK-MBB3 (c/n 121062) for its first flight.  It was registered to the Mercury Bay Aero Club on 6/11/20 and it will form a pair with the first aircraft that was built under the aircraft building programme - ZK-MBA3. 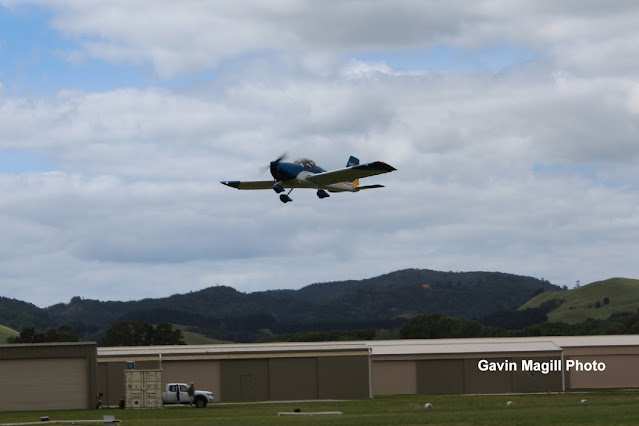 And it flies!
Thanks to Gavin Magill for the photos.