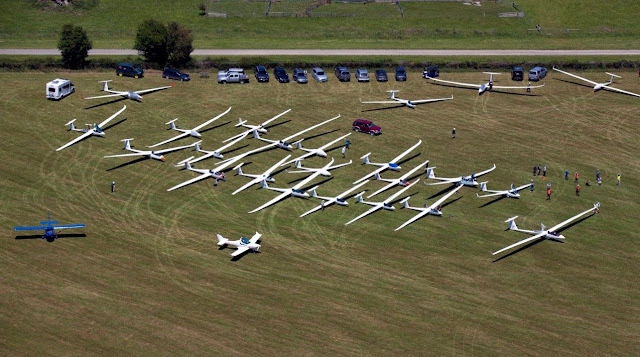 Above we see most of the competitors at the starting grid awaiting launching. 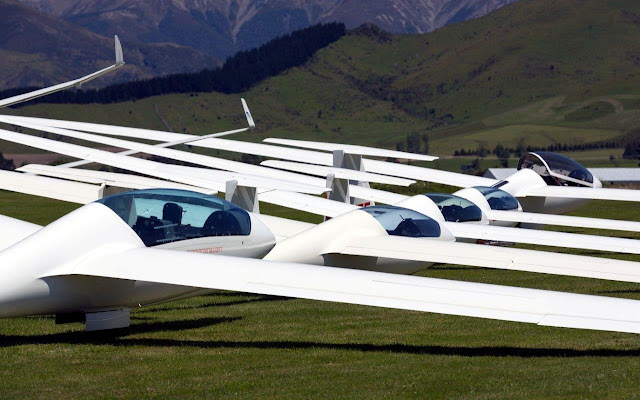 Fantastic plastic.
Follows is a selection of photos taken at Russell Flat on December the 3rd and 4th. 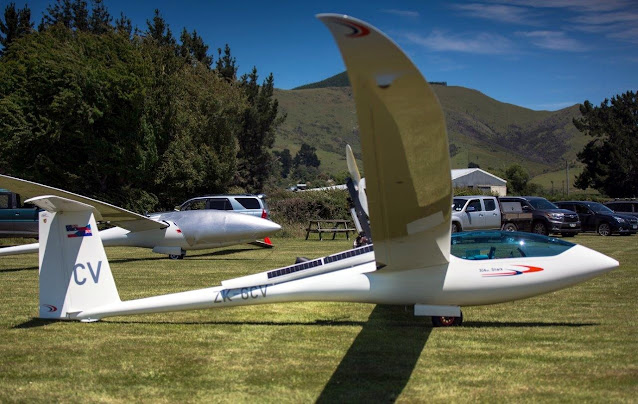 The HPH Glasflugel 304MS Shark ZK-GCV2 (c/n 035-MS) came in from the Czech Republic and is now listed to the Golf Charlie Victor Syndicate of Christchurch. 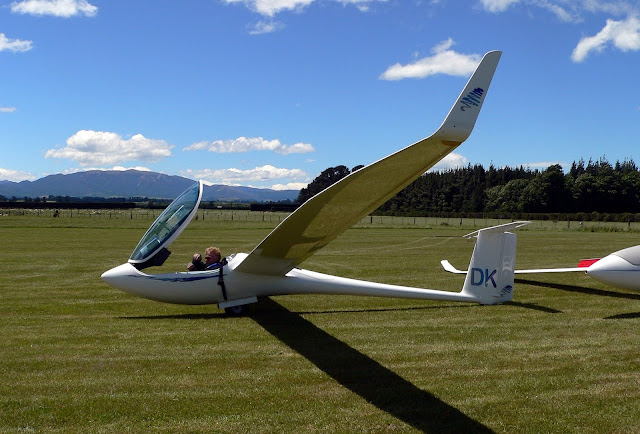 The following gliders were noted

Parked in the hangar was ZK-FOY.