In April 2020 I had almost "finished" my series of Sport Aircraft of New Zealand that I started with Druine Turbulents of New Zealand way back in April 2010.  But then as was bound to happen, another new type of sport aircraft was registered being an example of the interestingly named Milholland Legal Eagle.

Leonard Milholland of Brookshire TX designed his Legal Eagle Part 103 FAR basic ultralight in the 1990s and it first flew in 1998.  When it came out with an empty weight 10 pounds under the 254 pound limit he declared "this eagle is legal!" and the name stuck.  You can see an interview with Leonard Milholland at: https://www.youtube.com/watch?v=RbM0PkhH5Xc  Further developments saw the introduction of the Legal Eagle XL for heavier pilots (which still qualifies under Part 103), and the Double Eagle two seater.  Leonard Milholland also sells plans for Better Half VW engines which utilise his own design of 2 cylinders with a full crankcase.

Construction is of a welded 4130 steel tube fuselage with fabric covered  wooden wings.  The specifications for the Legal Eagle XL are:  wingspan 26 feet 3 inches (8.00 metres), wing area 120.3 square feet, length 16 feet 1 inch (4.9 metres).  Empty weight 245 pounds dry (112 Kg) and in NZ the MAUW is 573 pounds (260 Kg).  In the US many Legal Eagles are powered by the Better Half VW which produces around 30 HP, and this gives a cruise speed of around 60 mph.  It is said to fly like a slow Cub which is a pretty good recommendation. 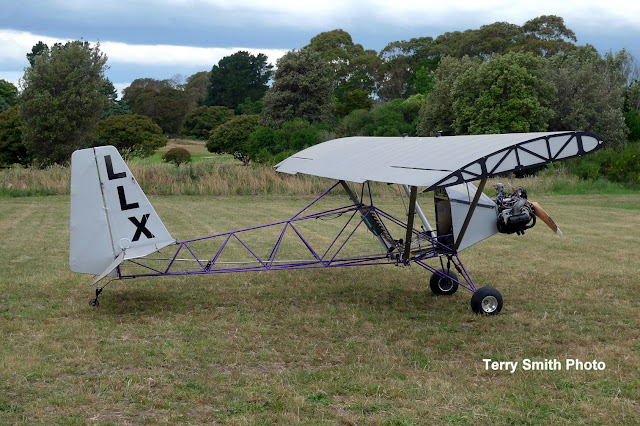 Experienced aircraft homebuilder Terry Smith of Te Awanga in Hawkes Bay built his Legal Eagle XL ZK-LLX (c/n XL-B-35) from scratch over a six year period.  It is powered by a full sized VW engine which produces around 50 HP. 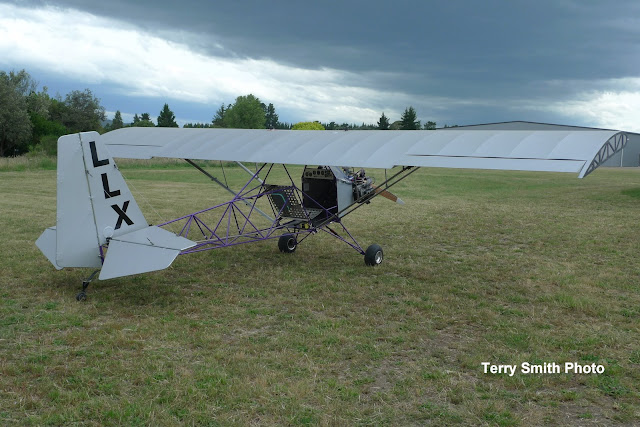 That looks like fun flying (except for the exposure to the elements).  It is my kind of plane!
Thanks for the photos to Terry Smith and Gavin Grimmer.