The Aerospatiale AS 350 B2's ZK-HNB2 (c/n 2279) and ZK-HWG2 (c/n 2816) of Heli Support International Ltd flew up from Wanaka to the Port of Lyttelton today via the east coast and out around Banks Peninsula to land on the 'Cruise Berth' close to the Italian icebreaker RV Laura Basi which is due to sail for Terra Nova Bay, Antarctica, tomorrow. 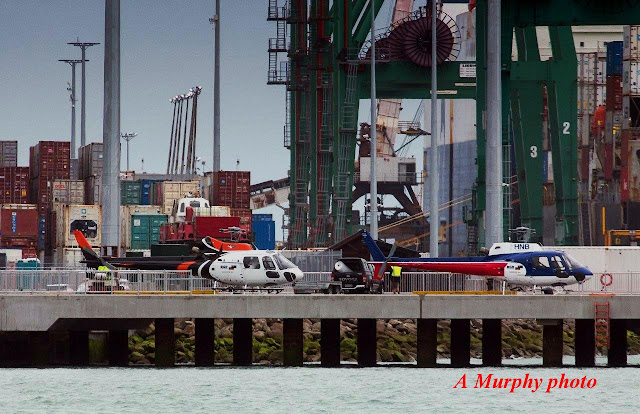 Looking rather small against the Port facilities are the two Squirrels ZK-HWG and ZK-HNB - already with their rotor blades removed and stowed in the yellow transport containers alongside. 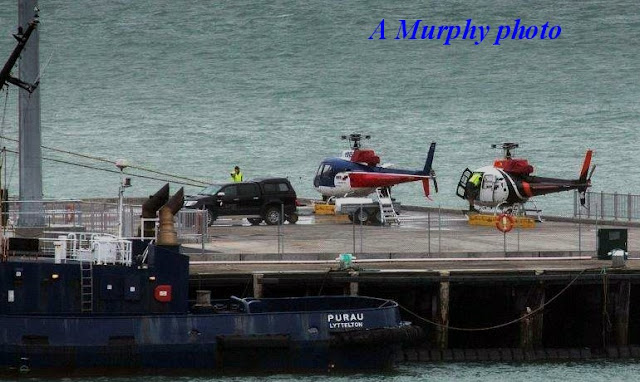 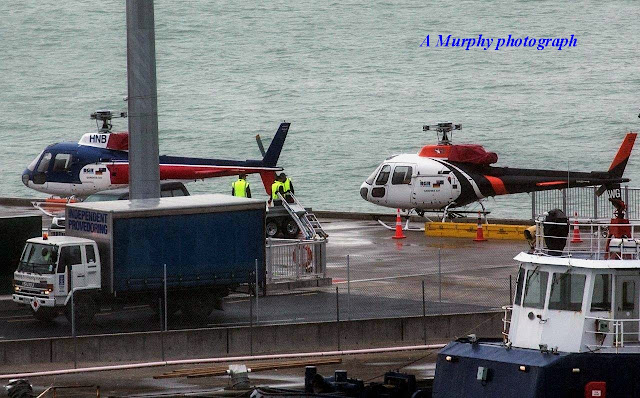 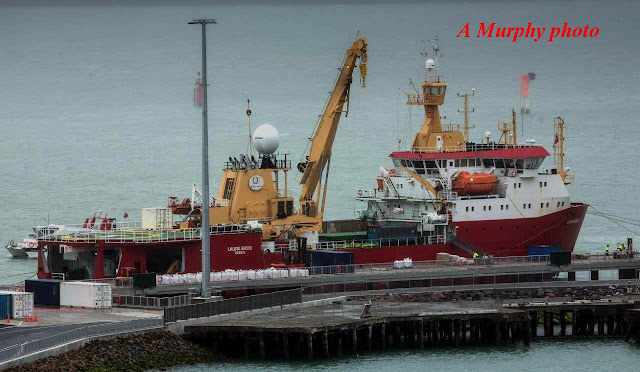 The Laura Basi was launched in July of 1995 as the Polar Queen and has operated in the Antarctic every summer season since.
It went on long term charter to the British Antarctic Survey (BAS) from August 1999 renamed RRS Ernest Shackleton.
It was returned to its owners, GC Rieber Shipping, at the end of April last year.
OGS (Instituto Nazionale di Oceanografia e di Geofisica Sperimentale) acquired it in May last year and re-named it RV Laura Bassi after the first Italian woman to earn a professorship.
Posted by Dave Paull at 21:16