The Northern Aviators Club held their Christmas BBQ flyin at Kaipara Flats airfield on 7/12/20.  However  prior to the flyin I was delighted to find that when I arrived early to set up, Bruce Stevenson had his Mosquito XE helicopter out with the engine running and then he did some hover taxying: 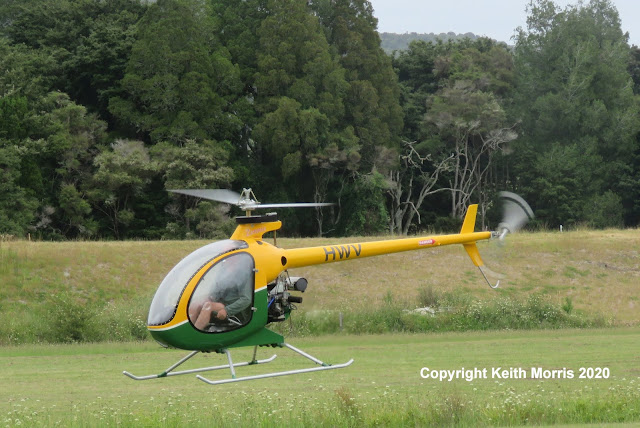 Innovator Mosquito XE ZK-HWV4 (c/n MXE1212L128) was built in Australia as VH-NIT (hence the colour scheme I guess) and after being imported it was first registered in New Zealand to H C Devonish of Christchurch on 14/9/15.  Bruce took over ownership on 20/2/20.
Bruce told me that the engine is a twin cylinder in line Zanzoterra MZ 202 two stroke of 626 cc which produces around 60 HP (however rights to the engine are now owned by a Chinese company).