An exception to an otherwise very quiet Queenstown Airport today was the entire Glenorchy Air fleet being outside their hangar.  Amongst these was the brand new Cessna 208B Grand Caravan EX ZK-MMZ which was registered back in October 2020. 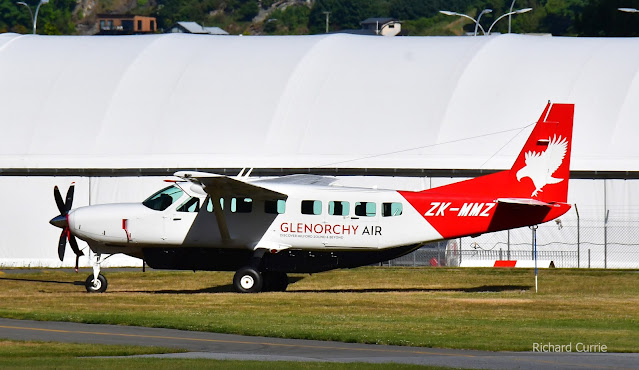 Also brand new is the Cessna T206H Stationair HD ZK-JTK which was registered in December 2019. 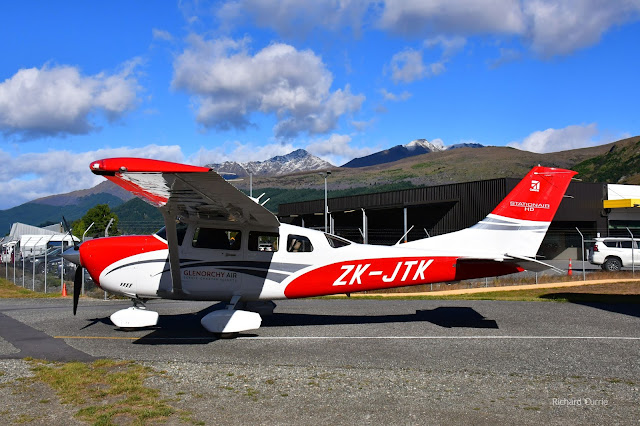 Several of the GA8 Airvan fleet have now been repainted in the new fleet colours, being ZK-LOR blogged before and ZK-JRR2 as below.  ZK-ZEA remains for now in its old colours 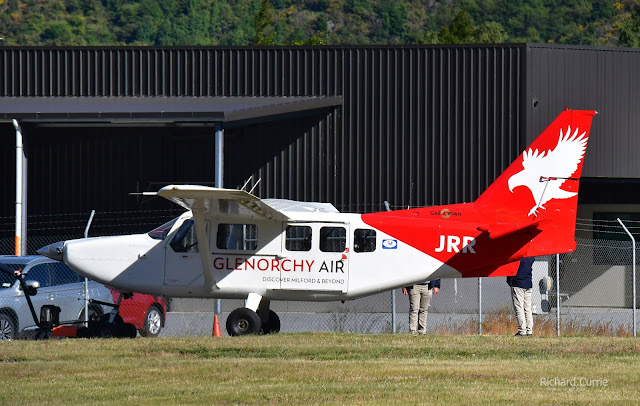 True South arnt currently operating and their Cessna 208B Grand Caravan ZK-SLA was parked up with the GA8 Airvan fleet. 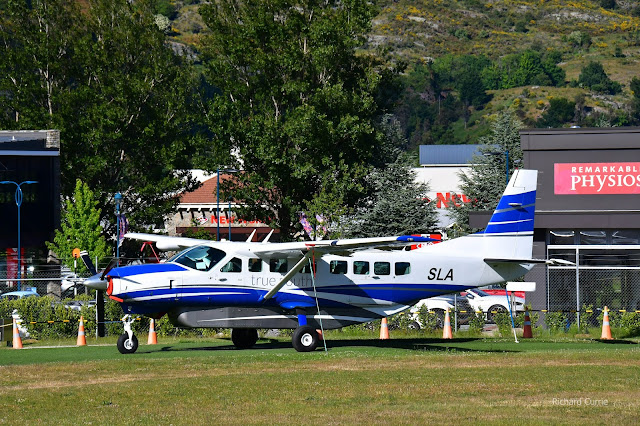 Not previously blogged is Over the Top's MBB BK117B-2 ZK-ICY3 which has been owned since November 2017. 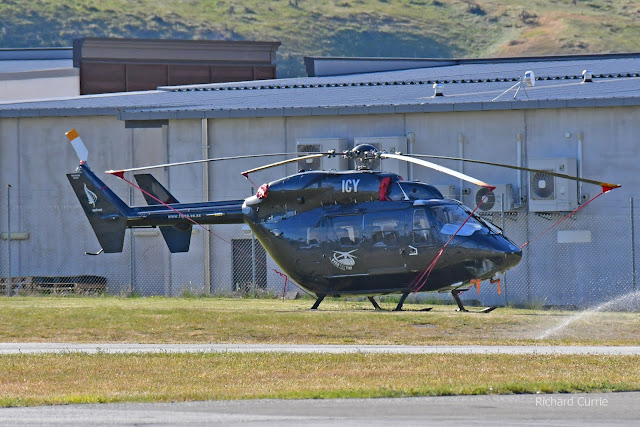 And acquired by Action Helicopters in October 2019 the AS355F-1 ZK-HML2 wears Heliworks titling. 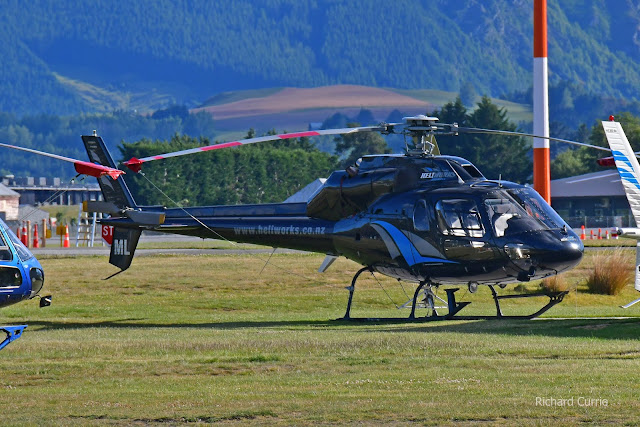