The arrival of a summer high has increased the visitor numbers to Pauanui airfield including some from much further afield like up from Wanaka the Cessna 172N Skyhawk II ZK-KAS now scripted as "Learn to Fly NZ".    Previously scripted "Wanaka Flight Training" this was imported from Australia in 1993 and was initially ZK-SAL3. 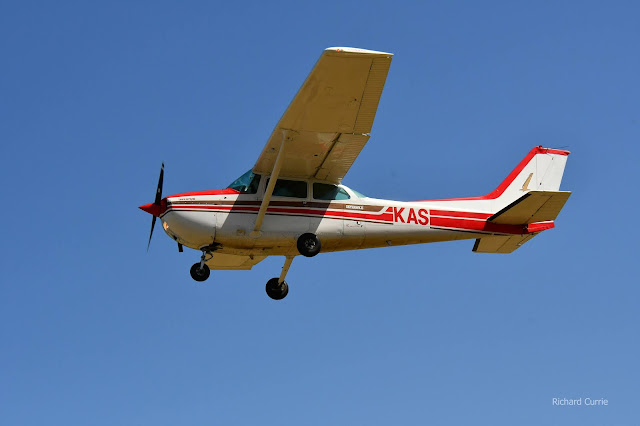 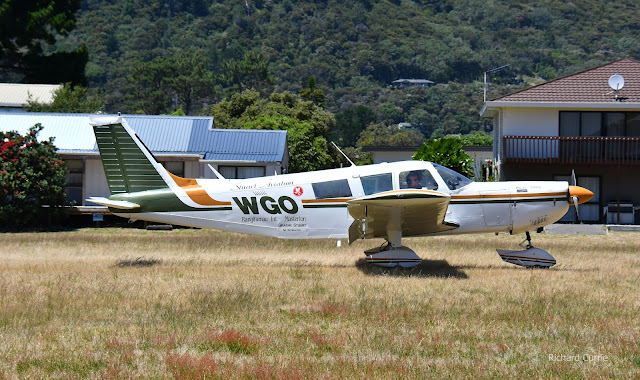 And out for some early evening aerobatic fun the locally based Yak 52s ZK-YAQ and ZAH. 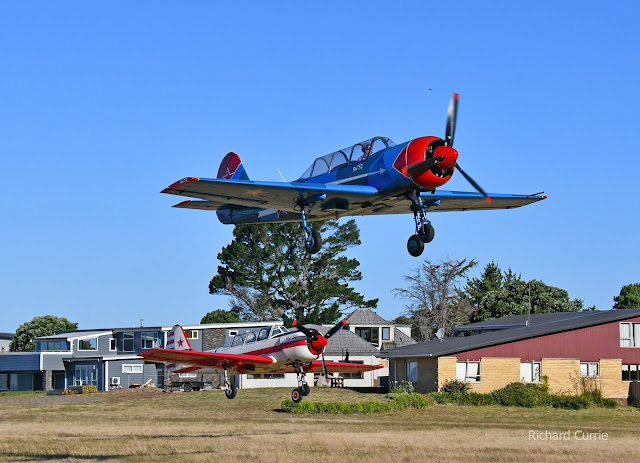