Not all the competitors have the latest and greatest equipment. 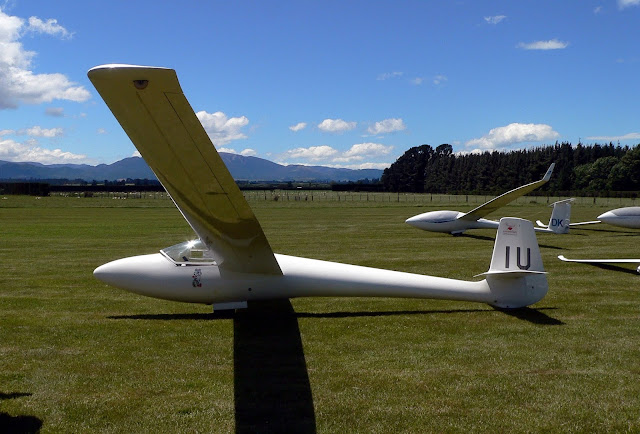 The Glasflugel H201B Libelle ZK-GIU (c/n 579) was a pretty mean machine in its day.
This first flew in New Zealand on 10-01-1975 and has been with the GIU Syndicate out of Timaru since October of 1983. Flown on this occasion by long time syndicate member Rob Campbell. 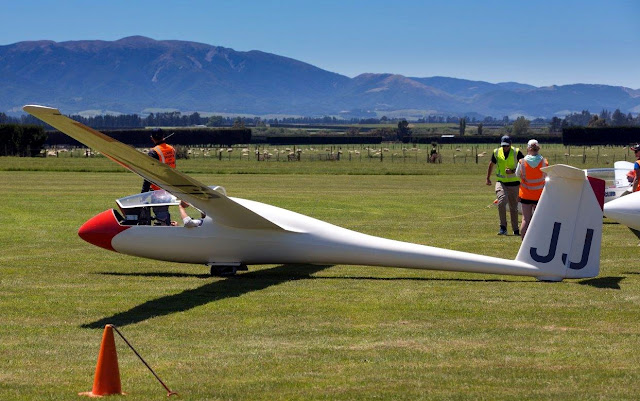 The Schempp-Hirth HS-4 Standard Cirrus was also a class winner back in the 1970's.
ZK-GJJ is c/n 485G and was imported for Theo Newfield and first flew in NZ on 15-12-1974.
It is now with the JJ Syndicate of Wellington. 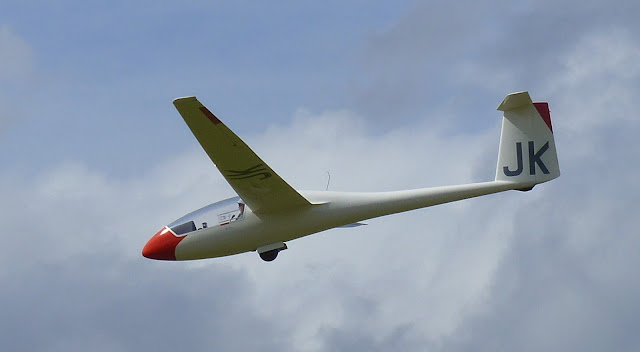 Another Standard Cirrus was ZK-GJK with c/n 484G also first flew in NZ on 15-12-1974 for John Trotter and flew out of the North Otago Gliding Club field on the McCaw's Hakataramea farm strip.
It has been with the JK Syndicate since July of 2015 and is being flown by John McCaw. 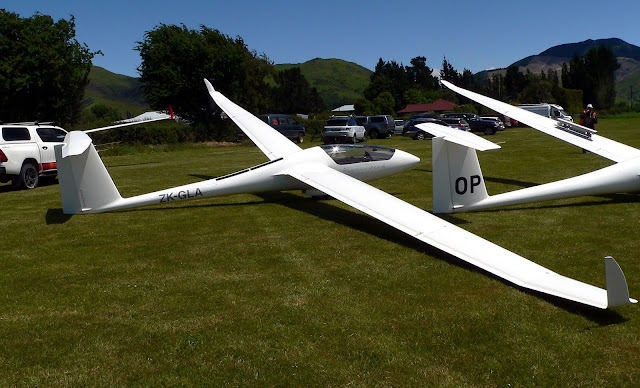