The New Zealand Warbirds at Ardmore are having a Warbirds on Display open day at Ardmore on Sunday and it looks like there will be quite a few interesting aircraft on display.  Here are a couple of their new WW 1 replica aircraft: 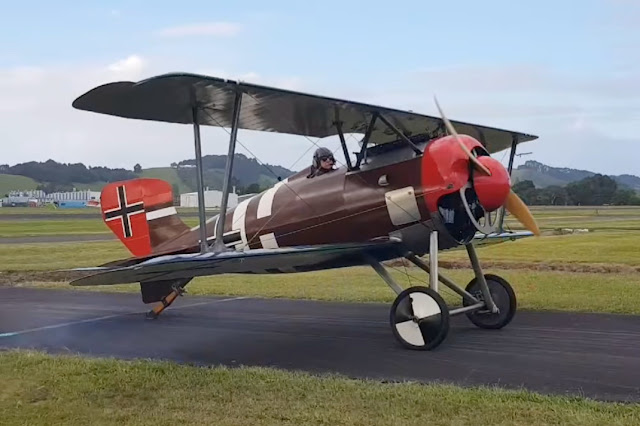 The Siemens Schukert D IV replica ZK-SSW has recently test flown at Ardmore, piloted by Frank Parker.  It is powered by a Gnome Monosoupape rotary engine and was previously registered N1094G. 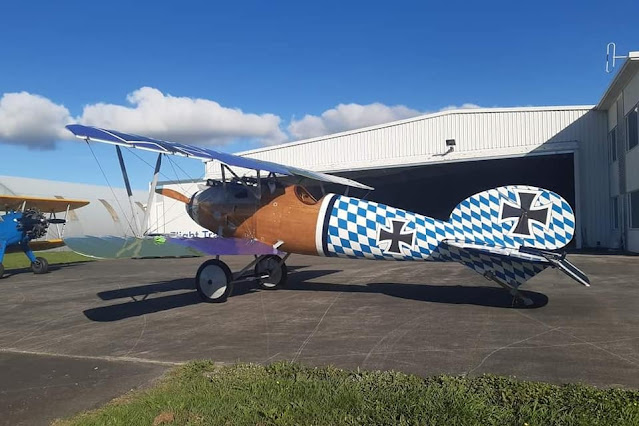 And the recently arrived Albatros DVa replica ZK-ARS2 will be on static display.  It is powered by a Ranger engine and was registered C-GIVT in Canada, but it has not flown.
The above photos are from the NZ Warbirds Facebook page.