A Dormoy Bathtub at Kaipara Flats

A few weeks ago I had to pop out the Kaipara Flats airfield at the time that the local model aircraft club was holding a big flyin and Christmas BBQ.  There were quite a few models there and a lot of flying was going on as it was a really nice day.  There was one really impressive large scale model there that took my fancy as it reminded me a bit of the Milholland Legal Eagle ZK-LLX that I have recently posted about: 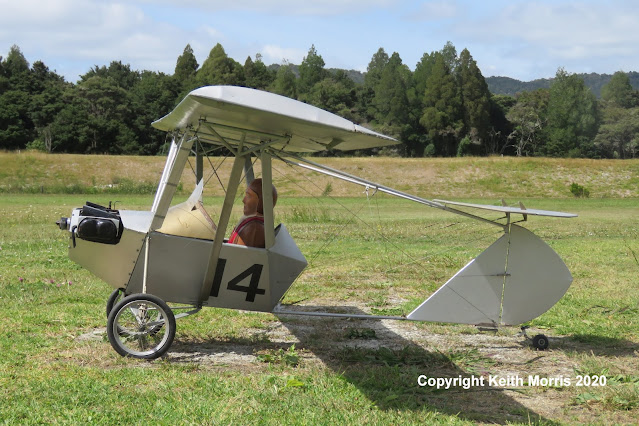 It was a model of the Dormoy Bathtub from the 1924 air racing scene.  It was designed by Etienne Dormoy who was based at McCook Field in Dayton Ohio and the aircraft was powered by a modified Henderson motorcycle engine.  Etienne Dormoy flew his Bathtub in the 1924 National Air Races at Dayton and came in second in a race for light aircraft with a payload of 150 pounds and an engine displacement of no more the 80 cubic inches (20 HP in those days).  This sounds impressive but there were only two finishers from a starting field of eight! 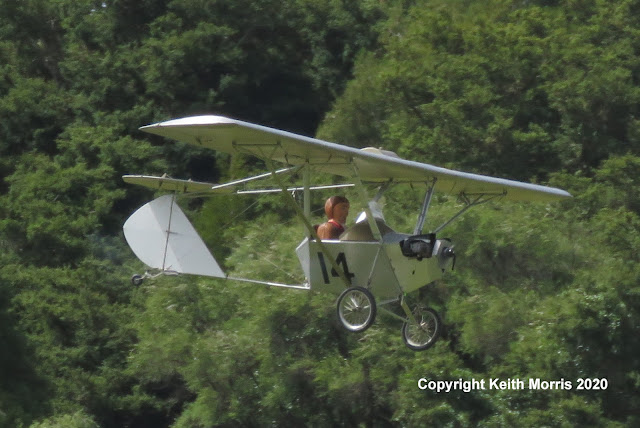 The model Dormoy Bathtub is about 1/4 scale and it flew really well.  It was built by the late Ted Hatton of Matakana.
I reckon it is really neat!