I was fortunate in my timing of arriving at the Warbirds WW 1 hangar as Frank Parker was just about to lock up, but he opened the side door and showed me around briefly. 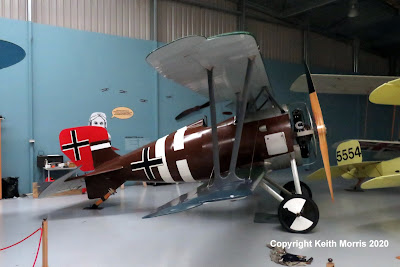 Frank told me that they were working on their Siemens-Schukert D IV replica ZK-SSW to get it ready for CAA inspection so a first flight could be in the near future.  The wheel covers have now been painted black and white. 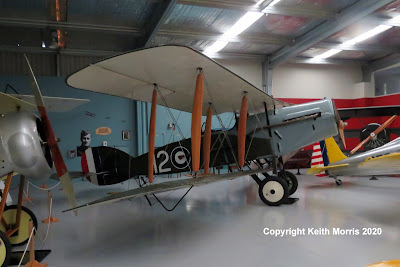 There was a very interesting collection collection of old aircraft in the pristine hangar.  Here the nose of Frank's Bristol Scout Model D replica, the black Fokker Triplane replica, the tail of the Ryan ST 3KR and it was the first time I had seen the Keith Park Bristol F2B Fighter replica ZK-PRK.  Frank said they are very pleased with how the Bristol Fighter is performing.