SPA Panthers (Only One) of New Zealand

We are now up to the sport aircraft first registered in 2017, the first new type of which was the SPA Panther:

The SPA Panther was designed by Dan Weseman and it is sold as plans or a kit by his company Sport Performance Aviation LLC of Green Cove Springs in Florida.  The prototype first flew on 23/4/13 and the Panther has been quite successful around the world.  It is a low wing all metal single seater that is stressed to +6G and -3G to allow sports aerobatics.  Construction is mainly aluminium with blind rivets but the forward fuselage incorporating the hard points is of welded 4130 steel tube.  The landing gear can be tailwheel or tri-gear and engines can be in the 100 HP to 160 HP range.  The prototype flew with a 6 cylinder Corvair auto engine conversion.

We have had only one SPA Panther registered in New Zealand to date: 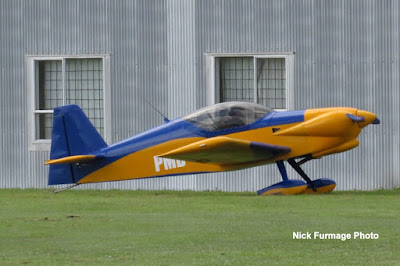 ZK-PMD2 (c/n 0044) was built from a kit by Mark Dean of Palmerston North and it was registered to him on 13/1/17.  Mark had previously built the Sonerai IIL ZK-SND and has a good connection to the Stratford Sonerai clan, and all the photos here are taken at Stratford.  Above Mark arrives at Stratford on 221/10/17 with his Panther in plain colours. 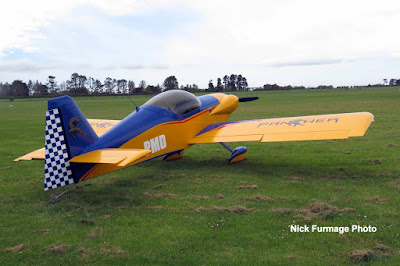 and later on the same day it sports cheat lines and Panther decals. 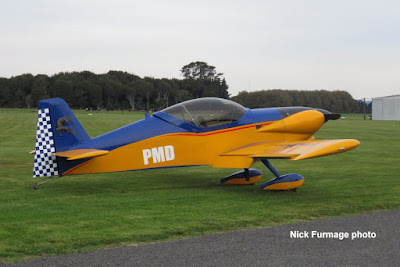 Fast forward to very recently, on 31/5/20, when after a bit of time out of the air, Mark was again at Stratford with his Panther, this time with the top of the engine cowling painted. 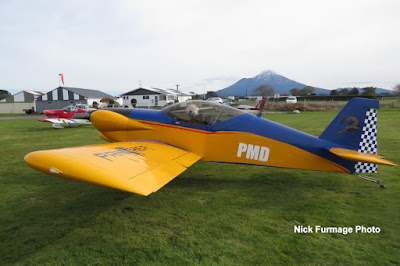 Wayne Richmond about to head off for a flight. 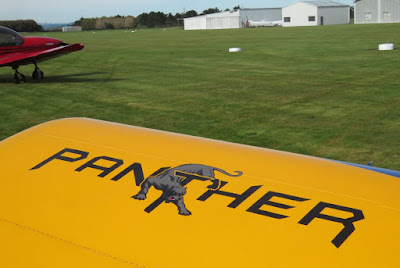 Detail of the Panther decal on the wing.

Thanks for the use of the photos Nick.

We will see more SPA Panthers registered here and probably soon, as Wayne Richmond is building a couple and he doesn't muck around!