Cessna 185B ZK-CFI has operated in the Deep South pretty much since it was imported new in 1963. After some three years as a topdresser with Rural Aviation, it overturned on landing at Te Anau on 21 January 1965. It may have done further service before another accident, or it was a long rebuild, but any event it went to the Southern Districts Aero Club at Gore in around September 1968. 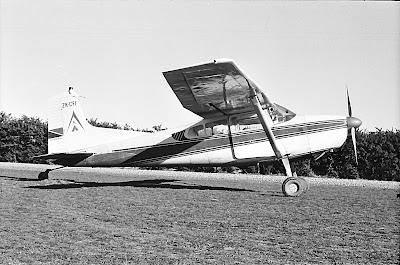 With the Aero Club, the Cessna was very active and frequently ventured north. Here, still in the scheme it emerged in from the 1968 rebuild, ZK-CFI was captured in a paddock at Chertsey, Mid-Canterbury on 22 July 1972. It had brought Southlanders to the Silver Plough championships there. 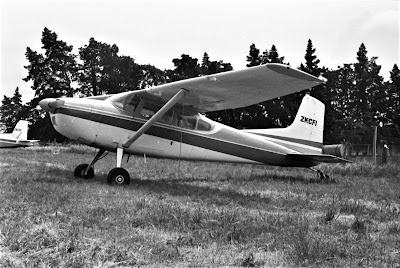 Shortly thereafter, it received a fresh new paint job, and was at Omaka on 4 November 1972 for the South Island Aero Club championships. 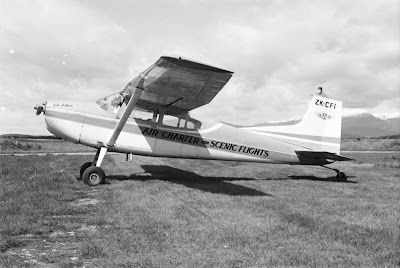 In the mid-seventies, the Cessna moved to the Fiordland Aero Club at Te Anau, and was recorded at the Waiau strip on 27 October 1976. It was hard at work servicing fishing and other operations in Fiordland, while the venison bonanza went on all around. It carried the name 'Lake Te Anau' on the cowling. 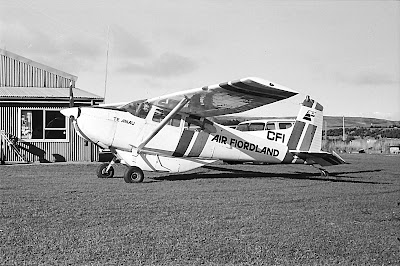 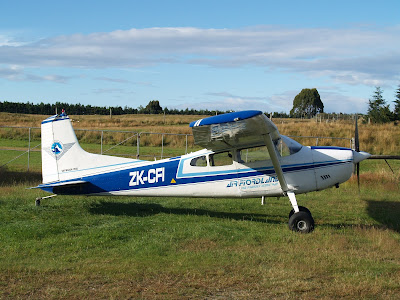 That style didn't wear too well, and by the beginning of 1992, ZK-CFI had adopted rather more traditional colours with Air Fiordland, seen here still going strong on 11 February 2009 at the maintenance base strip at the north end of Te Anau. 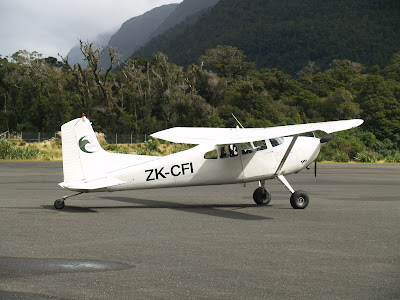 By March 2016, it was flying under the Fly Fiordland brand, and was captured at the Milford Sound strip that month. 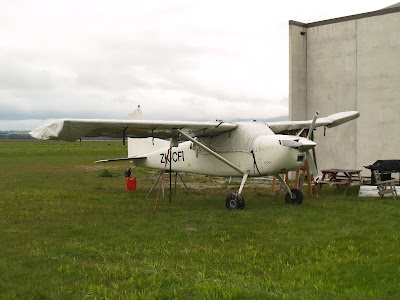 Later in that year, ZK-CFI had a seemingly unrecorded accident on the West Coast - anyone provide the details? It was recovered to Manapouri as an insurance write-off, and later sold by tender to Aero Solutions (NZ) Ltd at Nelson. Awaiting the next phase at Manapouri 28 October, 2016. 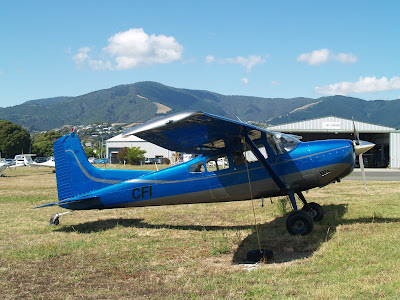 Three years later, Marty has worked his magic, and on 27 February this year, ZK-CFI returned to the skies again at Nelson. She will shortly be delivered to her new owner in the North Island, and Marty will start on his next C185 project.
Posted by Greybeard at 20:15