Carrying on to to 2018, and not many new types of new sport aircraft to go, the first new type for the year was the Airdrome Aeroplanes Fokker E III Eindecker replica:

We have had other Airdrome Aeroplanes types registered here (Bleriot XI, Morane Type L, Fokker D IV, several Fokker D VIIs and a Fokker Triplane that I will post about as a 2020 registration).  They are a mix of 3/4 scale and full scale aircraft.  All have been built from kits supplied from Robert Baslee's Airdrome Aeroplanes of Holden, Missouri.  And we will see more of them in time.

The Airdrome Aeroplanes 3/4 scale Fokker E III replica comes as a very complete quick build kit of modern materials.  The aircraft is built from aluminium sheet and tubing that is mainly blind rivetted and the airframe is covered with doped fabric that is also supplied with the kit.  The name Eindecker translates as "single wing" from the German and the replica features ailerons instead of the wing warping of the original WW 1 aircraft.  The original Eindecker was the first aircraft of WW 1 to be fitted with an interrupter gear which allowed its single machine gun to fire through the propellor arc without hitting the propellor, and this resulted in "the Fokker scourge" when Eindeckers gained air superiority over the RFC and French aircraft between August 1915 and February 1916.

We have had only one Airdrome Aeroplanes Fokker E III replica in New Zealand to date: 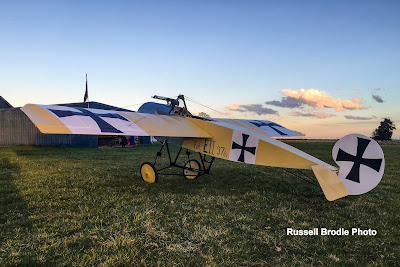 Russell and Ross Brodie built their Fokker E II replica ZK-EII2 (c/n 37/15) at Rangitata Island where it was registered to East Canterbury Aviation Ltd on 30/8/18.  It is powered by a Rotax 503 engine.  It is painted to represent the original Eindecker E II serial number 37/15 from 1915 and I believe that the famous WW 1 German pilots Max Immelman and Oswald Boelke both flew the aircraft.  (The original 37/15 was an E II and the Airdrome Aeroplanes replica is of an E III, but both the E II and the E III were very similar). 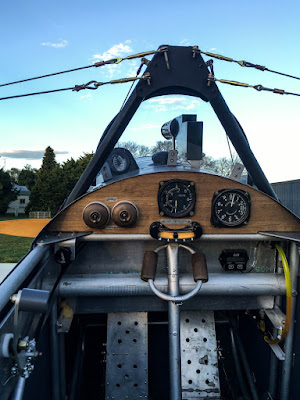 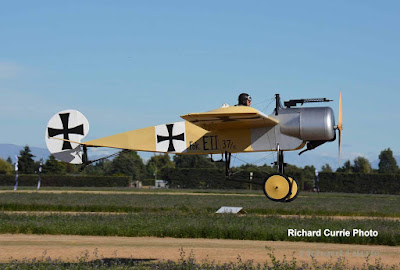 In this photo Ross Brodie flies the Eindecker replica at the 2019 SAANZ flyin at Ashburton on 11/2/19.  Russell told me that the aircraft is challenging to fly and needs constant attention.