A visit to the usually quiet Wairoa airfield in Hawkes Bay today revealed some activity at the various agricultural operators based at the airfield.

Formed in 2016 by taking over the former Ashworth Helicopters base Charteris Choppers (alias Wairoa Aviation) operates Hughes 369D ZK-HHG2,  which has been in NZ since 1992 after import from Bahrain 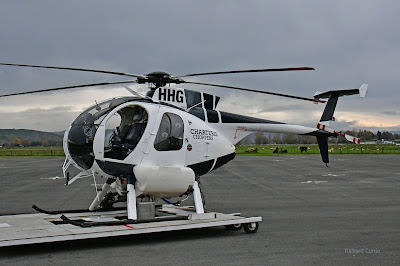 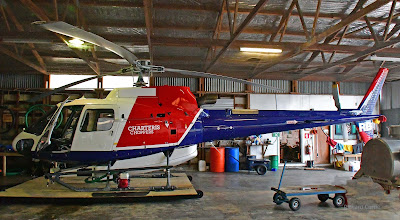 HHG has been christened "Harry" and HRB  "Wilson" 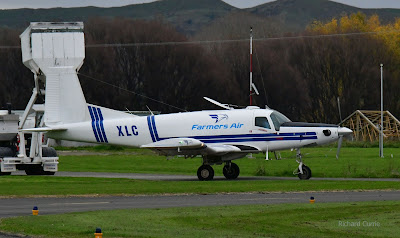 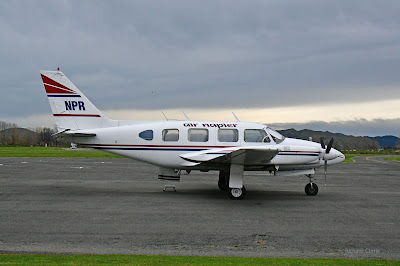