The second and final new type of sport aircraft to be registered in New Zealand in 2018 was the Van's RV 14:

The Vans RV 14 is the latest offering from Van's Aircraft.  It was designed by Dick Van Grundsven based on the RV 10 and it has the same wing profile as the RV 10.  It is said to have the cruising qualities of the RV 10, the sport flying and aerobatics capabilities of the RV 7 and the best features of the RV 12 kit with accurate matched hole tooling and ready to plug in systems such as the wiring loom.  And it is bigger than the RV 7 for larger American sized pilots and passengers.  It can be built is a tailwheel RV 14 or a tri-gear RV 14A and its canopy is only available as forward hinged.  According to the Van's Aircraft counter as at 25 June 128 RV 14/14As have flown to date.

We have had two RV 14s registered in New Zealand to date: 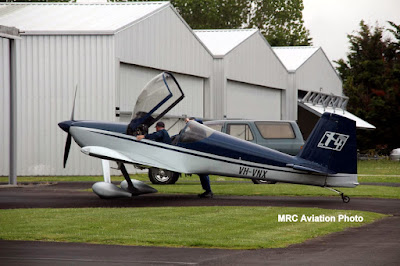 Our first RV 14 was built in Australia as VH-VNX2 by Chad Boot of Elizabeth Bay NSW and it was first registered to him on 2/3/18.  In November 2018 it was ferried across the Tasman. on 7/11/18 from Coff's Harbour to Lord Howe Island then Norfolk Island, and on 8/11/18 from Norfolk Island to Kerikeri and on to Ardmore.  It is photos above at Ardmore soon after arrival on 8/11/18. 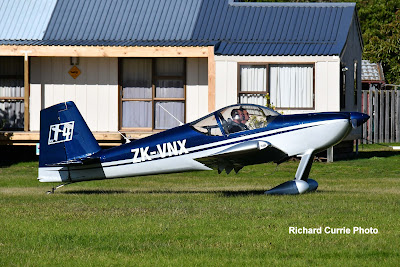 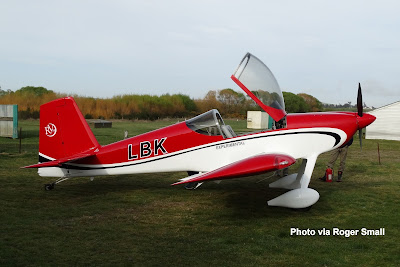 Meanwhile down in Waimate Roger Small had taken delivery of an early RV 14 kit and was beavering away on it.  Roger told me that he built his RV 14 over a period of 5 years and 7 months, and it was registered ZK-LBK (c/n 140075) to him on 25/7/19.  The LBK is for Leighbank Farm which is Roger's farm and where he hangars his aircraft.  I reckon the RV 14 logo on the tail is nicer than the one on ZK-VNX. 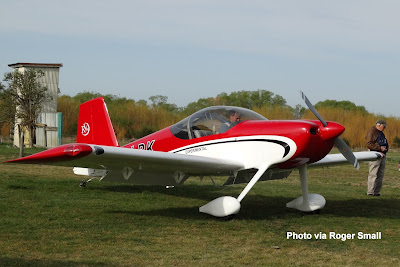 Its first flight was from Waimate Aerodrome on 23/9/19 flown by Roger who said that as he built it he felt he needed to take responsibility for the test flying.  He has now flown off 30 hours of the test flying schedule and says that the aircraft flies beautifully.  Thanks very much for the photos Roger.

We undoubtedly will see more RV 14s in New Zealand and I am aware of one more being built at Whitianga and an RV 14A underway in Christchurch.  I wonder what Van's will come up with next?