RK Jungster 1s (Only One) of New Zealand

The next new type of sport aircraft to be registered here in 2017 was an American import, being a RK Jungster 1:

The RK Jungster 1 was designed in the late 1950s/early 1960s by Rim Kaminskas (hence the RK) and the prototype first flew in 1962.  The aircraft is a homebuilt 80% version of the Bucker Bu 133 Jungmiester which was an advanced training aircraft with the Luftwaffe in the 1930s.  Construction is all wood with fabric covering and engines can be between 85 and 150HP.  It is described as a "frisky aerobatic plane".

We have had only one RK Jungster 1 in New Zealand: 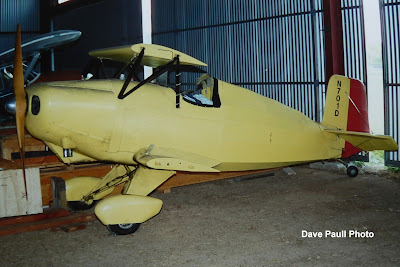 Our example of the RK Jungster is N701D (c/n DRP1) which was built by ex WW 2 pilot Dottie Patrick (who flew for the Ohio Wing of the Civil Air Patrol), in the late 1960s and who raced the aircraft in the National Air Races around that time.  By 1998 it was registered to Francis E Holsclaw of Santa Barabara, CA.  Its American registration was cancelled on 7/8/13 however it was imported to New Zealand by Andrew Fairfax much earlier than that.  The above photo of it was taken at Taieri on 7/8/02.

It was registered as ZK-DDA2 to DM Eller of Queenstown on 22/8/17 but I am not sure if has yet flown here - can anyone supply a photo of it as ZK-DDA2?

And for interest here is a photo of Dottie Patrick with N701D back in the day: 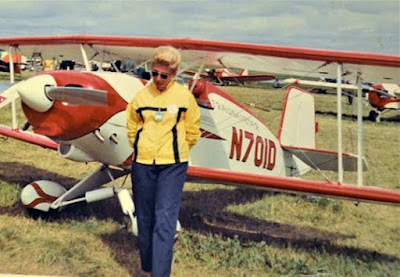