Thanks to Bluebus for the detailed review of this particular airframe taking shape at Ardmore.


A significant piece of warbird metal has been purchased by Brian Hall of Christchurch. He has acquired a special North American T-28B Trojan from the States. The Trojan is a two seat, low wing, tandem seat, radial engine trainer designed to replace the T-6 (Harvard) in US service. Some 1950 were eventually built with about 480 going to the US Navy. Brian’s aircraft was issued with the US Navy serial 138218 in 1954 and was one of the last to be withdrawn from US service with VT-27 Squadron in the nearly 1980’s. It showed up on the US civil register on 29-07-1985 as N283JR with Stuart Coke Jnr of Valdosta, Georgia before moving to Nav Air Ltd at Fort Salonga, New York on 17-08-1987. In November they changes its registration to N283V and then to N1283 in December of 1991. By 16-10-2008 it was listed with Pride Aircraft of Rockford Illinois. The registration was amended to N1283G and ownership changed to John Morgan on 21-08-2014. Sometime in its more recent history its original Wright R1820 engine of around 1425hp was changed to the Pratt and Whitney R2000 engine. It is currently being NZ certified as ZK-TGN at Pioneer Aero Restorations at Ardmore and will ultimately be Ashburton based with the owners Harvard ZK-XSA. Brian also has the BAe Strikemaster ZK-VPR at Christchurch and the Zlin Savage ZK-SCA at Rangiora. 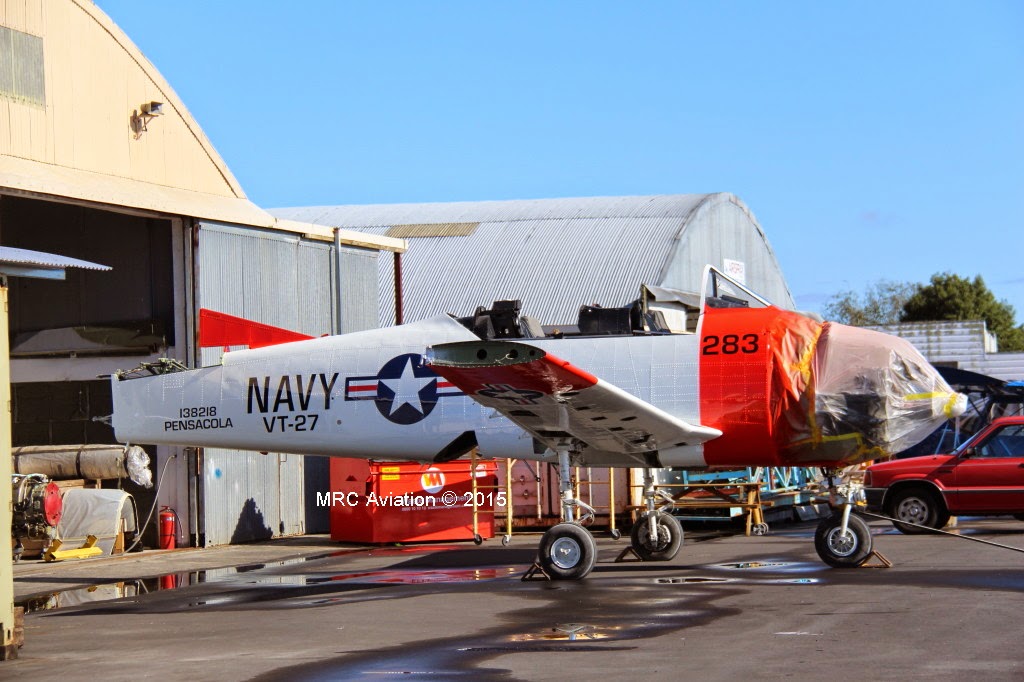 In other Trojan news, long time Ardmore resident T-28C ZK-JGS has recently been sold by tender and is now living at New Plymouth with new owner Brett Emeny.