Last November I visited Craig Miller of Custom Aviation Ltd at his hangar at Taieri, and I posted about some aircraft that were near to completeion at www.nzcivair.blogspot.co.nz/2014/11/future-flyers-at-custom-aviation-ltd.html  Craig has made great progress on the four aircraft that I posted about, and today he has sent photos of two of them completed.  Test flights are expected in the next week. 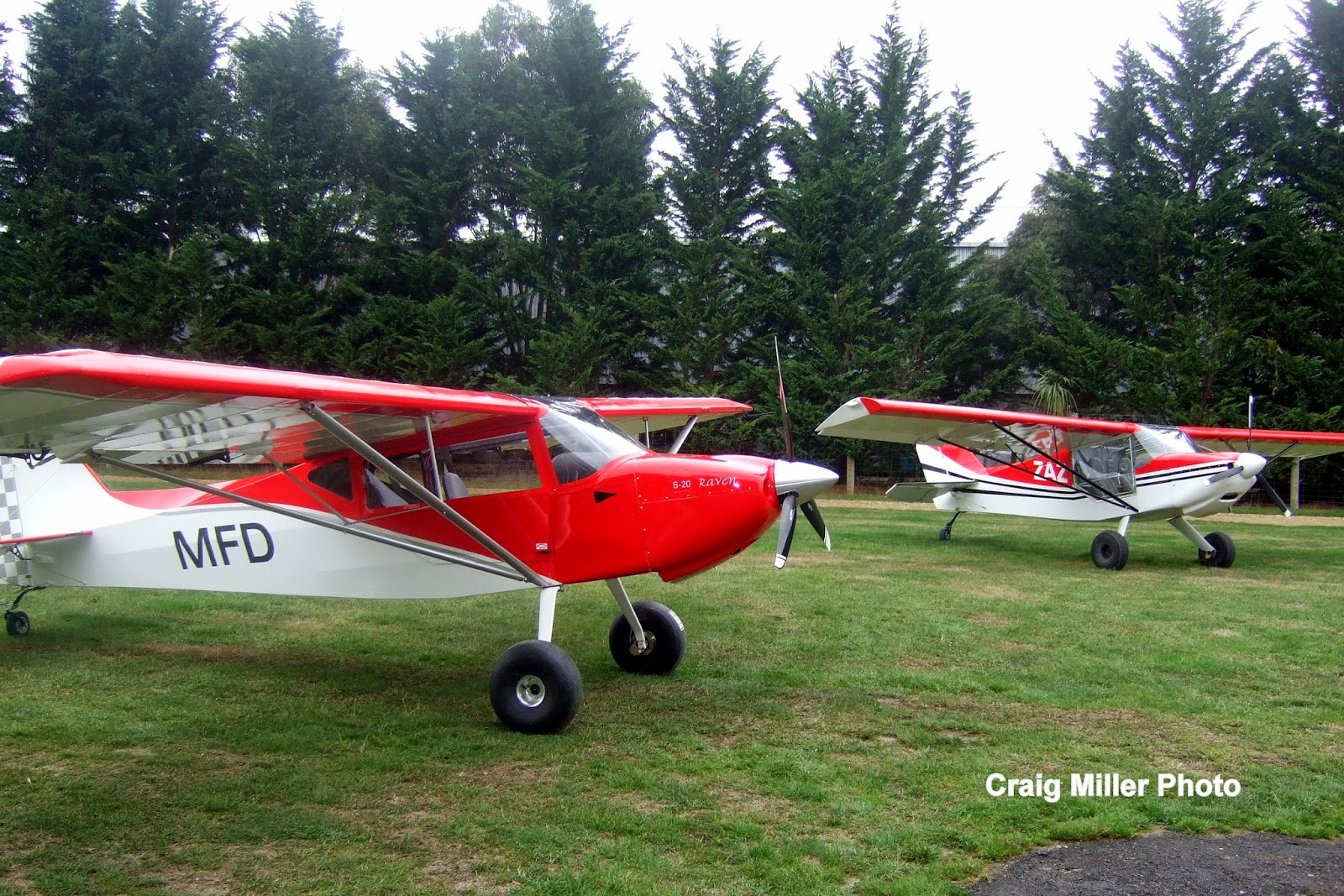 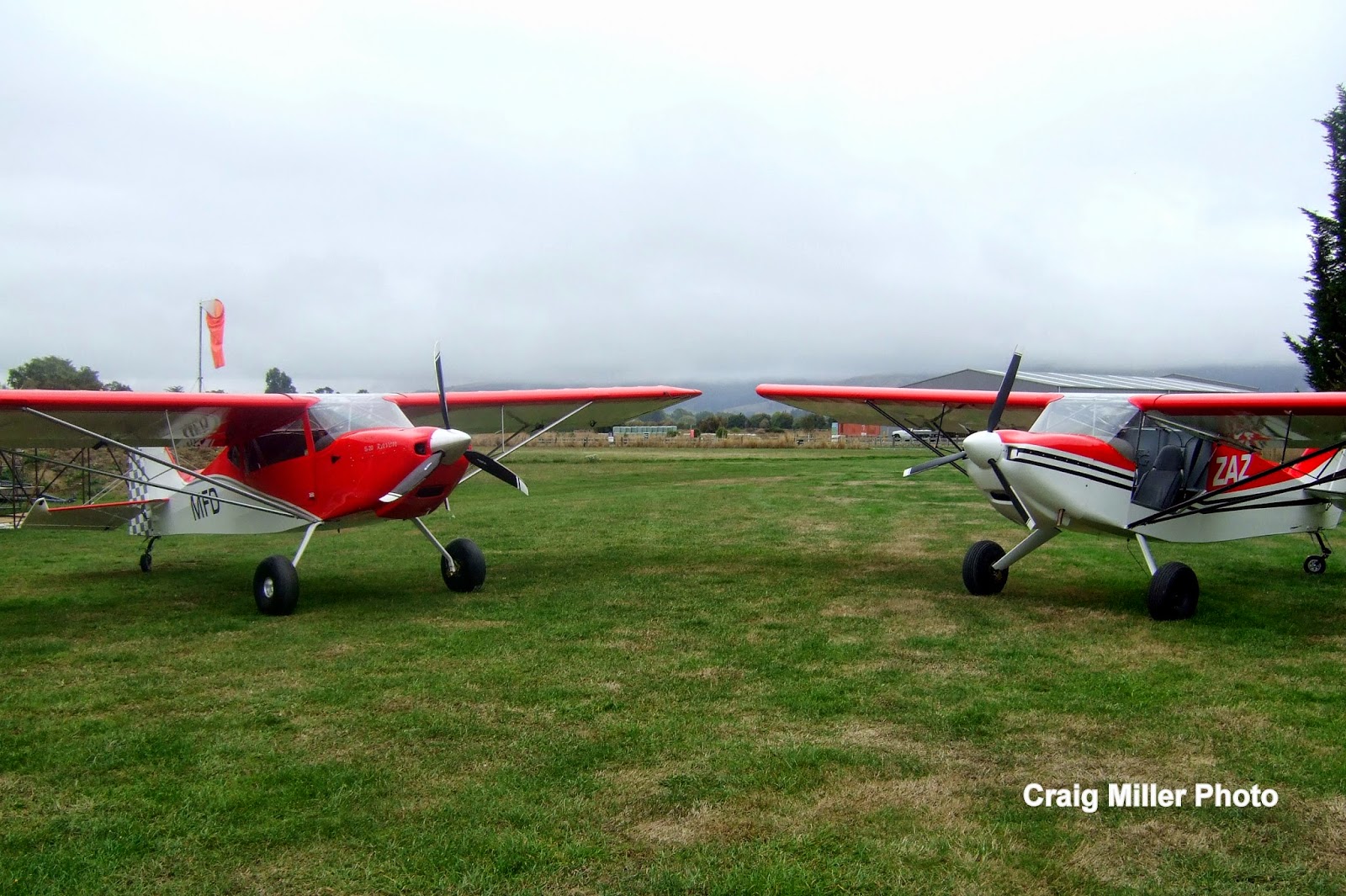 Another view of the S 20 Raven ZK-MFD with the rebuilt S 6 ZK-ZAZ, outside Custom Aviation's hangar at Taieri.. 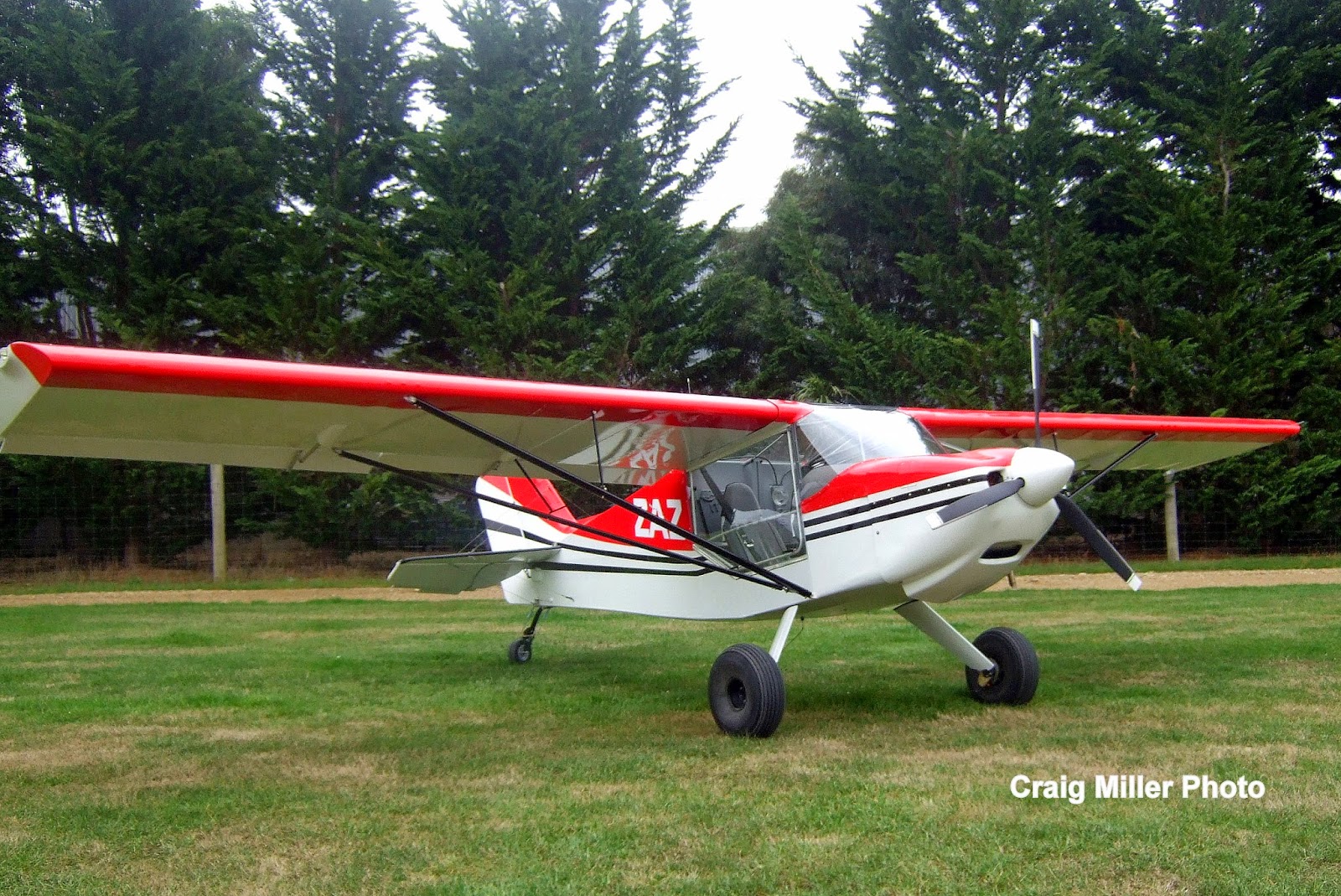 Rans S 6ES Coyote II ZK-ZAZ (c/n 11111950) was damaged in a landing accident at Cromwell on 15/2/14 and has been rebuilt by Craig for Robert McSkimming of Ranfurly.  It had its accident as a tri-gear aircraft but has been rebuilt as a taildragger.

Thanks very much to Craig Miller for the photos.