Eurocopter AS350B2 ZK-IKO MSN 3528 was registered to Gisborne Helicopters 16 February 2015 and has been with Oceania Aviation at Ardmore where it seen departing 05 March fitted out with spray pod. It features small "Airbus Helicopters" name on the tail fin and Gisborne Helicopters and logo just aft of the rear cabin doors on both sides, barely visible in these shots.

ZK-IKO sports the same scheme it wore in the USA when operated in the aeromedical role as N468AE with Air Methods Corp of Englewood, Colorado until cancelled as exported in October last year. 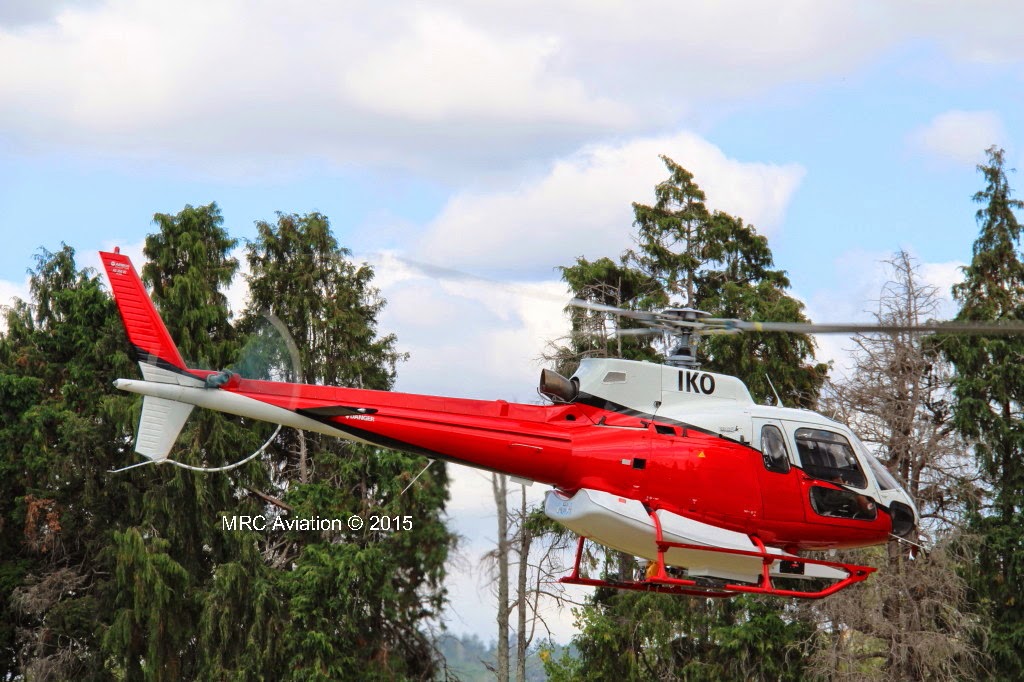 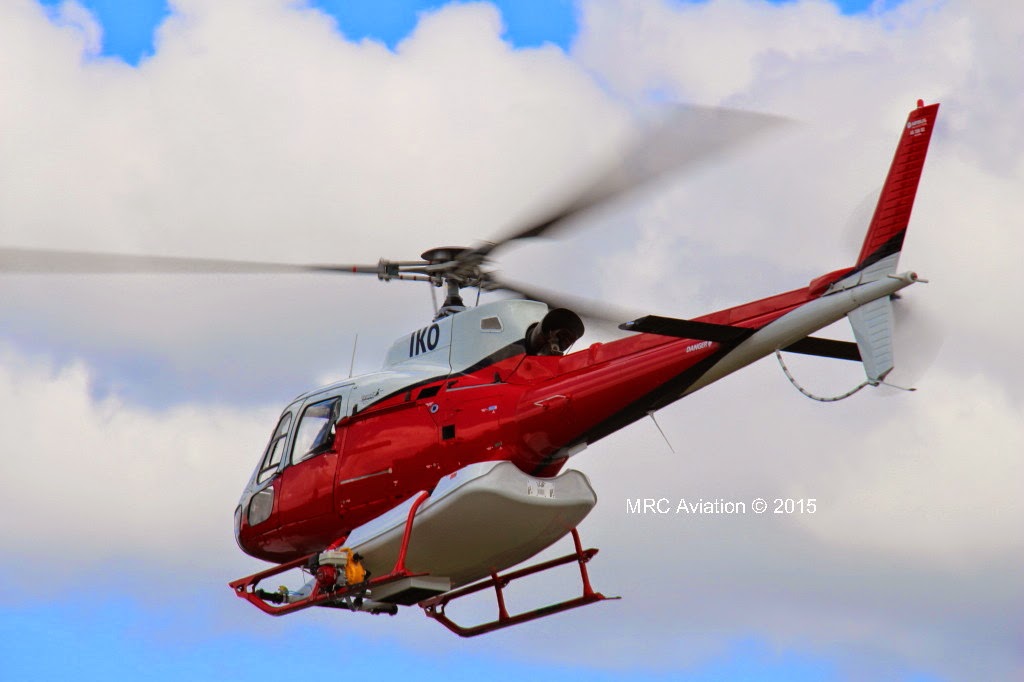