Following its display at the recent Avalon Airshow (along with nine other TVAL aircraft), the Bristol F2B Fighter replica ZK-JNU has been sold to an Australian owner and will be operated by The Australian Vintage Aviation Society (TAVAS) at Caboolture in Queensland.

It was built by Fedex DC 10 pilot Ed Storo of Memphis, Tennessee over a period of 8 years, and was registered as N264 in 1992.  Its c/n is ERS-2.  It has a 4130 steel fuselage as well as the fin and rudder, but the wings and tailplane are built from spruce and are virtually interchangeable versions of the original Brisfit wings.  It featured a mix of WW1 and modern instruments and is powered by a 6 cylinder inline Ranger engine of 200 HP. 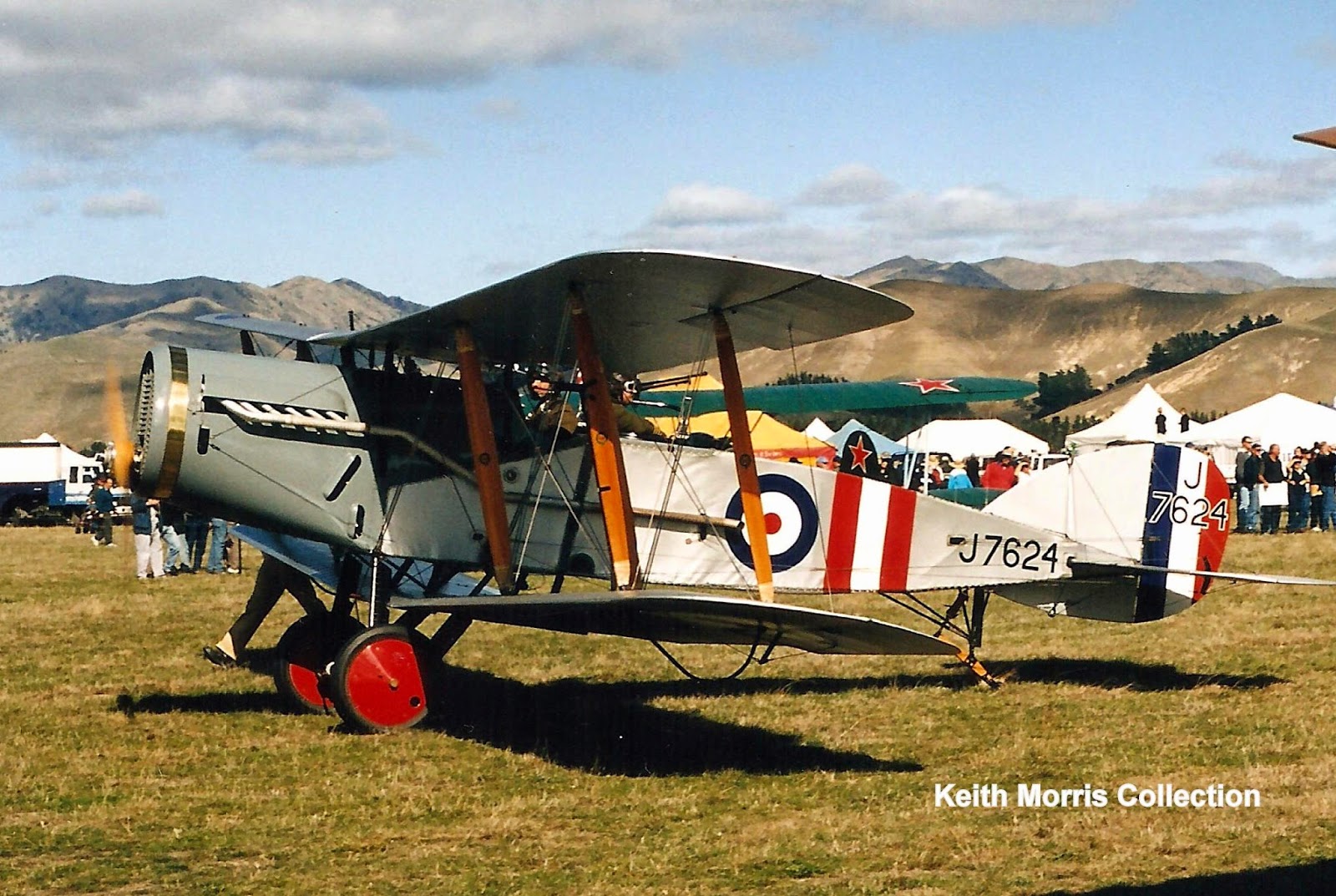 It was imported into New Zealand by Peter Jackson and registered here as ZK-JNU on 8/5/02.  It was kept in Ed Storo's original generic RAF colour scheme of No 2 Squadron in 1919.  The serial number was a combination of Ed Storo's wife's and son's birthdays (June 7 and June 24) but it is an actual Brisfit serial number.  The above photo was taken at the Classic Fighters airshow at Omaka at Easter 2005.

ZK-JNU had a change of paint scheme registered on 13/9/05 to represent the aircraft of Captain C Jones of 16 Squadron of the RFC in 1918, with the serial number B1112/F.  Ownership transferred  to The Vintage Aviator on 11/9/07 and it has mainly been based at Omaka for its life in New Zealand, before being shipped to Australia in January 2015.  The above photo was taken at the Classic Fighters airshow on 30/3/13.

That leaves only one Brisfit left in New Zealand (the original airframe ZK-BRI), of the four that The Vintage Aviator have owned or built (one was a non flying example).  But I think we will see another one sometime in the future.