Jabiru Aircraft Pty Ltd was formed in 1988 by Rodney Stiff and Phil Ainsworth, based at Bundaberg in Queensland.  The jabiru is a large stork that is found across Northern Australia.  From 2005 the company has been solely owned by Rodney Stiff.

Design of the original Jabiru aircraft had started in 1987 and the prototype first flew in August 1989.  The construction is mainly GRP with metal wing struts, nosewheel leg and engine mount.  The first aircraft was the ST model which was pretty small as can be seen in the photos below, and had a distinctive ventral fin.  The first 20 ST 3s had a KFM engine but then production shifted to Jabiru's own 60 HP 1600 cc flat four engine.  I cannot find dimensions for the original small Jabirus, but the SK 80 has an empty weight of around 253 Kg (558 pounds) and a MAUW of 449 Kg (990 pounds). 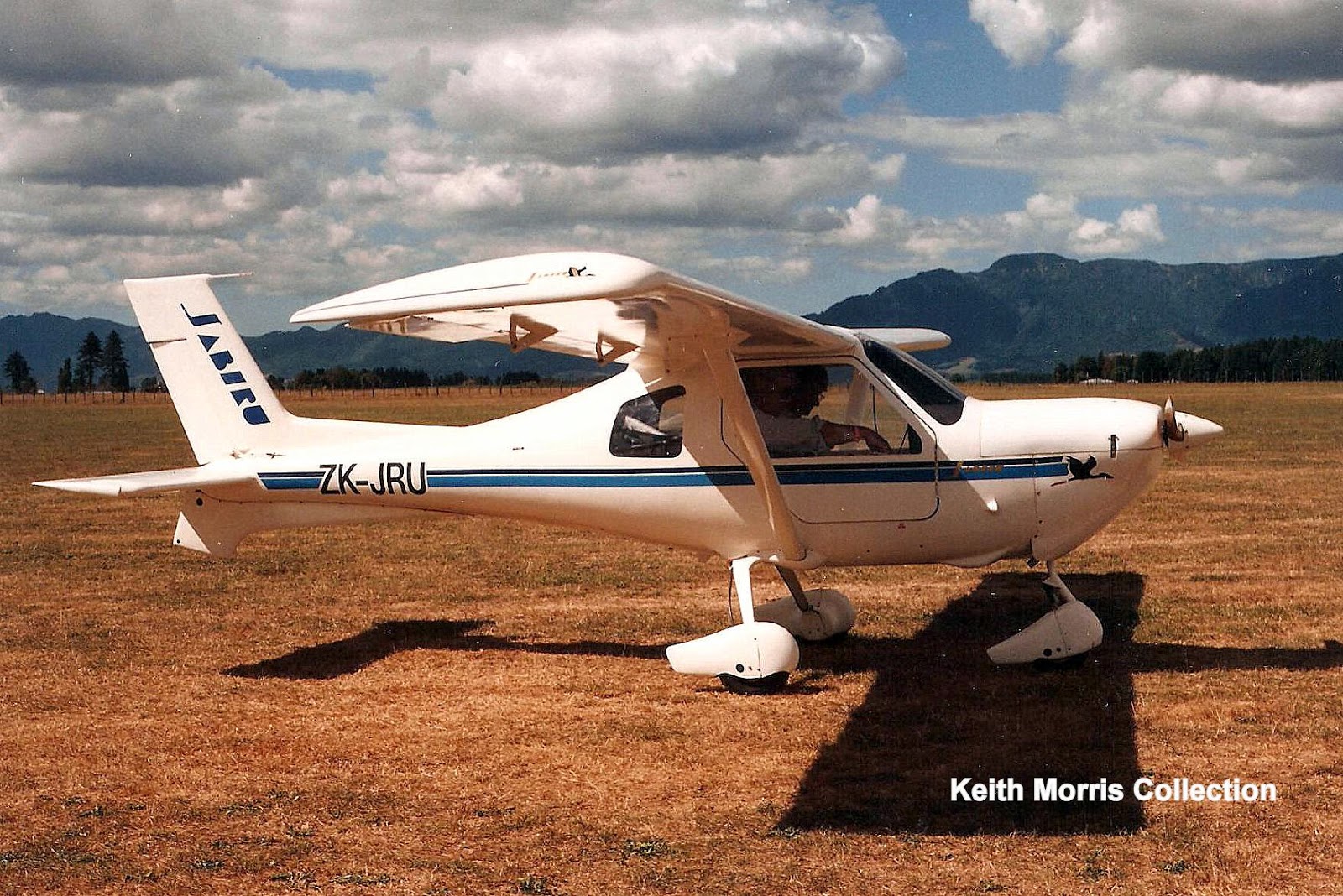 Our first Jabiru was a ST 3 model which was a factory built aircraft: ZK-JRU (c/n ST 0013).  It was first registered to Agriculture and Related Industry Distributors Ltd of Rakaia (Ashley Johnson) on 16/1/96.  It was operated by the Mid Canterbury Aero Club at Ashburton and is photo'd above at the 1996 SAANZ flyin at Matamata.  On 9/8/02 it was sold to John and Jenny Lester of Foxton and they became the Jabiru agents in New Zealand.  On 9/9/04 ownership transferred to RA Anderson of Waipukurau and then it was sold to the mid Canterbury area. 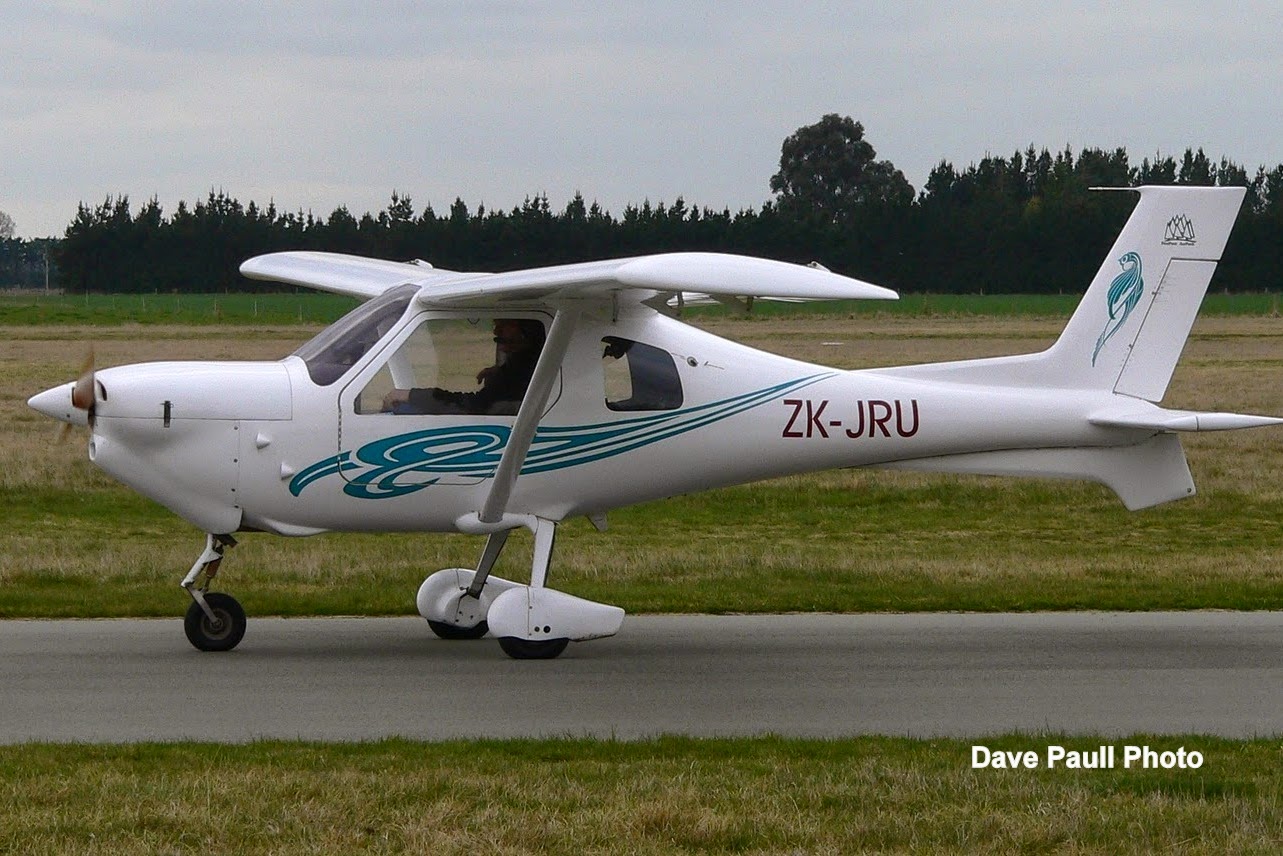 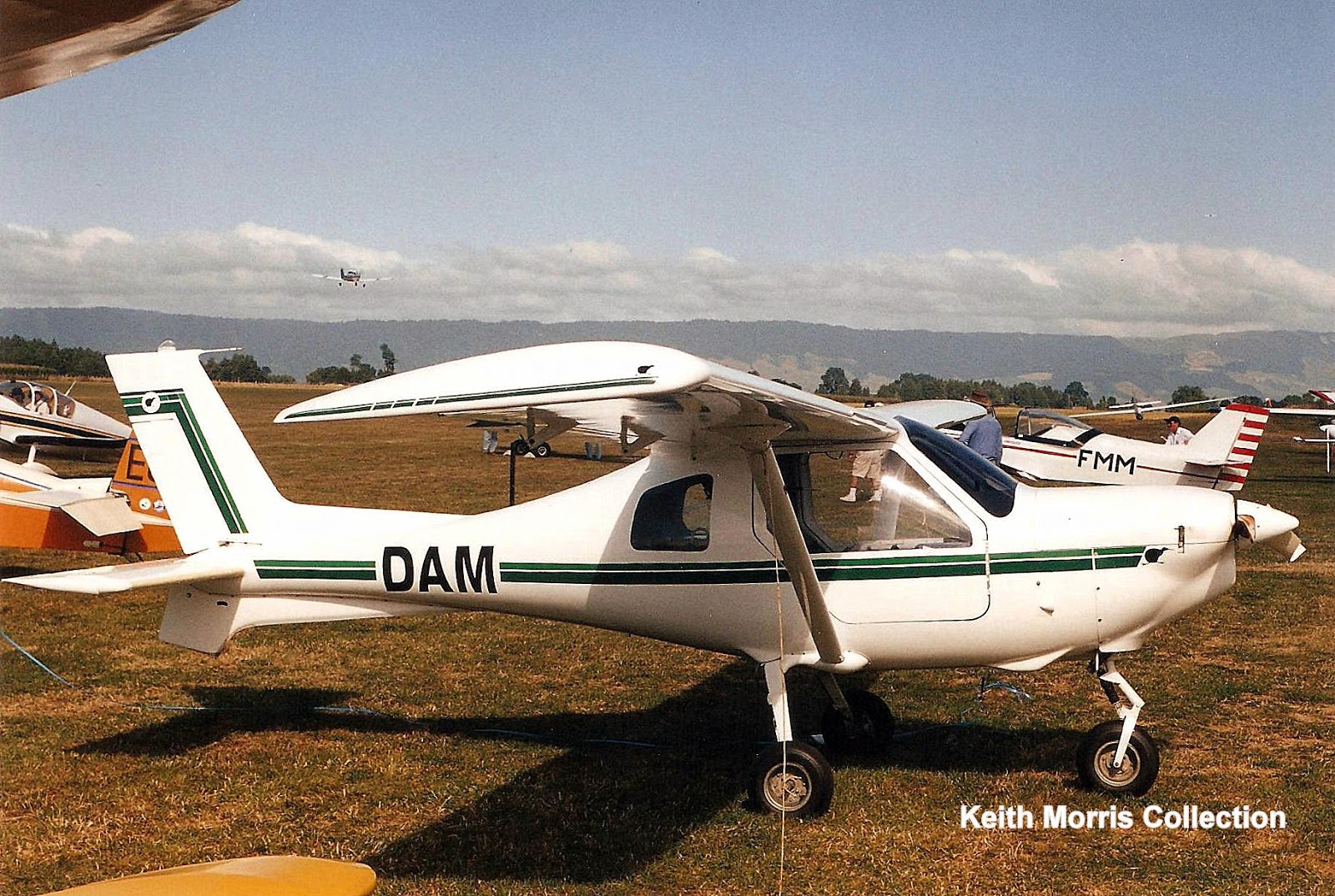 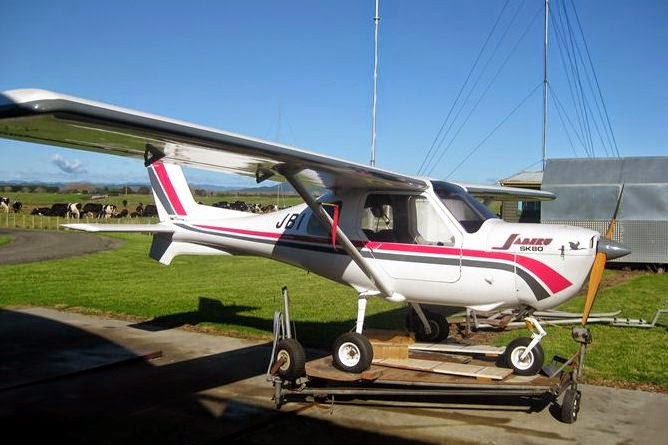 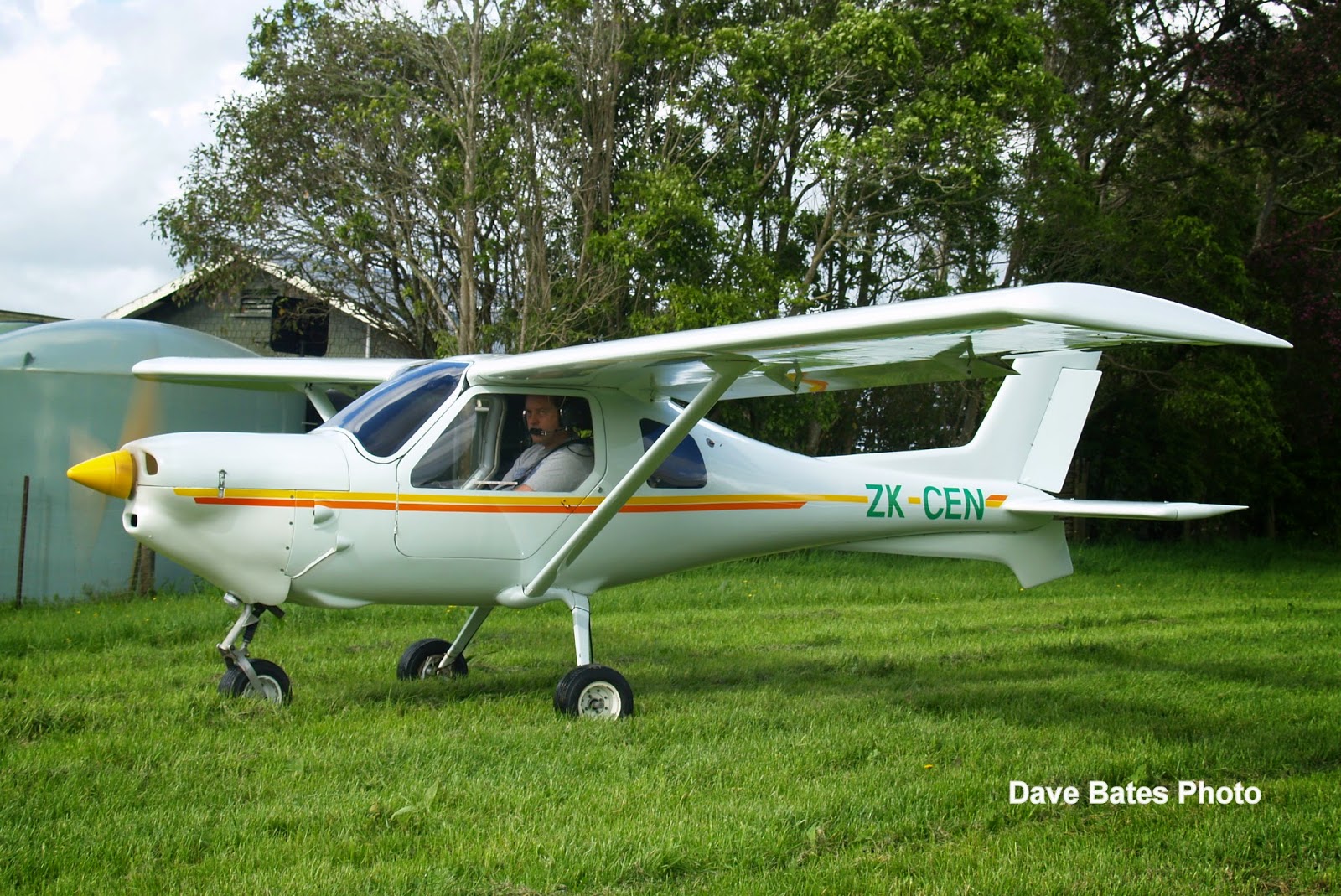 ZK-80 ZK-CEN2 is a South African import, having been previously registered ZU-CEN to J Nel on 26/11/03.  Jabiru had a big prescemce in South Africa.  It was imported into New Zealand by Warren C Butler of Auckland and was first registered here on 5/3/09.  It is photo'd above at the Pukehohe East airstrip on 16/10/09.