The Jabiru J120 model was a development of the earlier UL model, and it is still the entry level Jabiru available as a factory built aircraft only.  I am not sure if our three J120 models are factory built or built from kitsets. 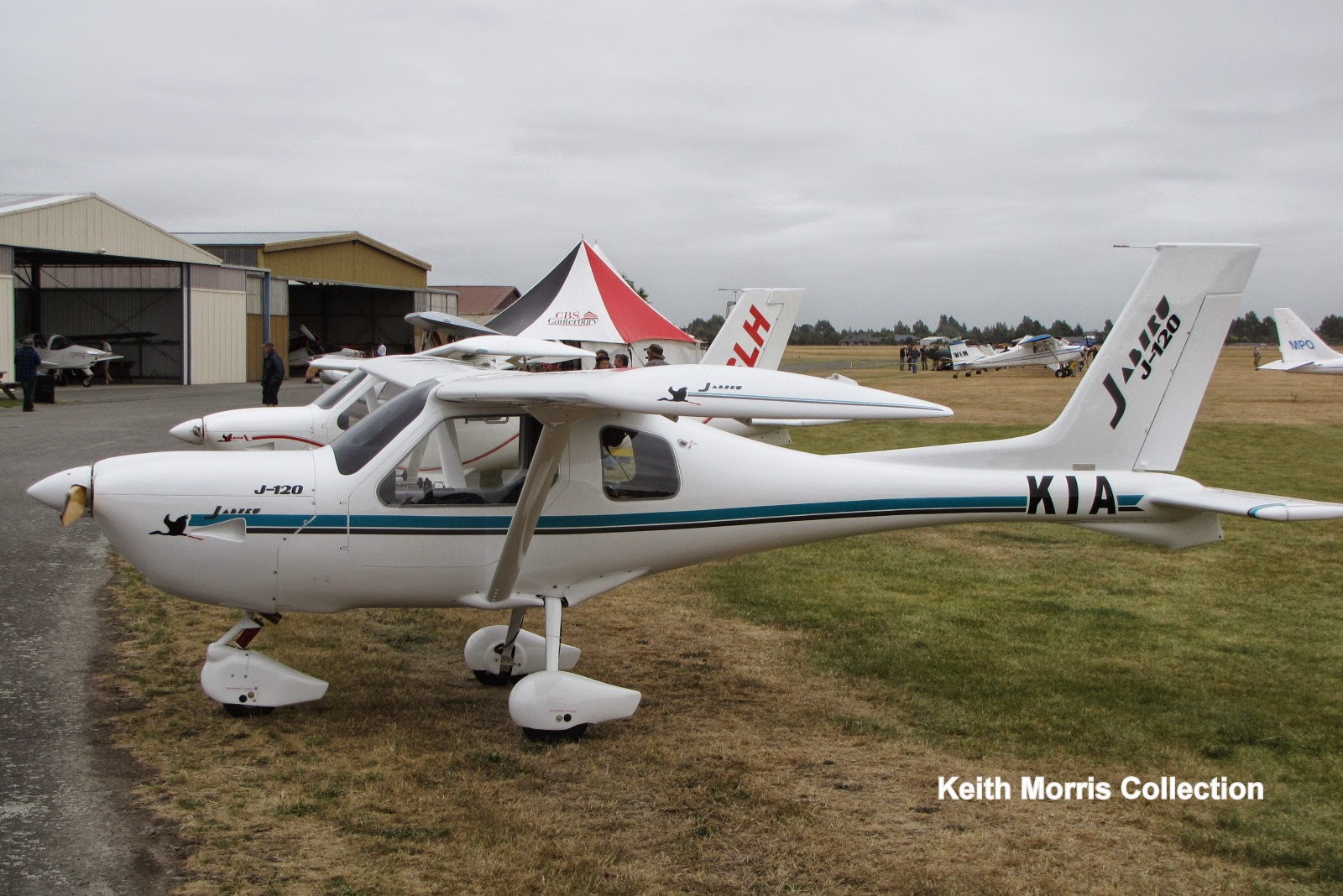 ZK-KIA (c/n 016) was built by Rob Lester at Foxpine (so I guess it was a kit), and was registered to  Michael J Nicholson of Winton on 24/11/08. The above photo was taken at the 2009 SAANZ flyin at Ashburton.  It is still current and owned by Mike Nicholson. 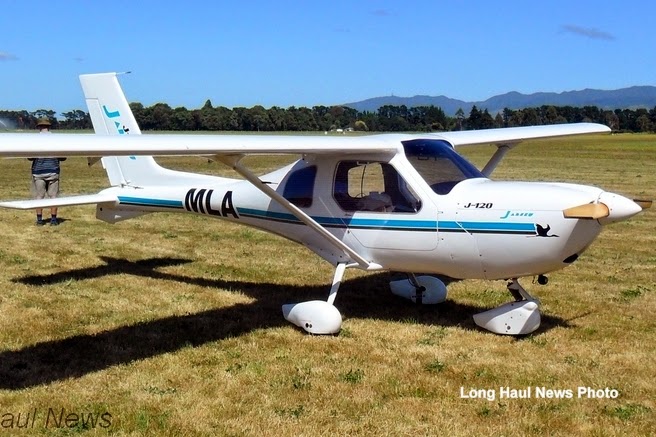 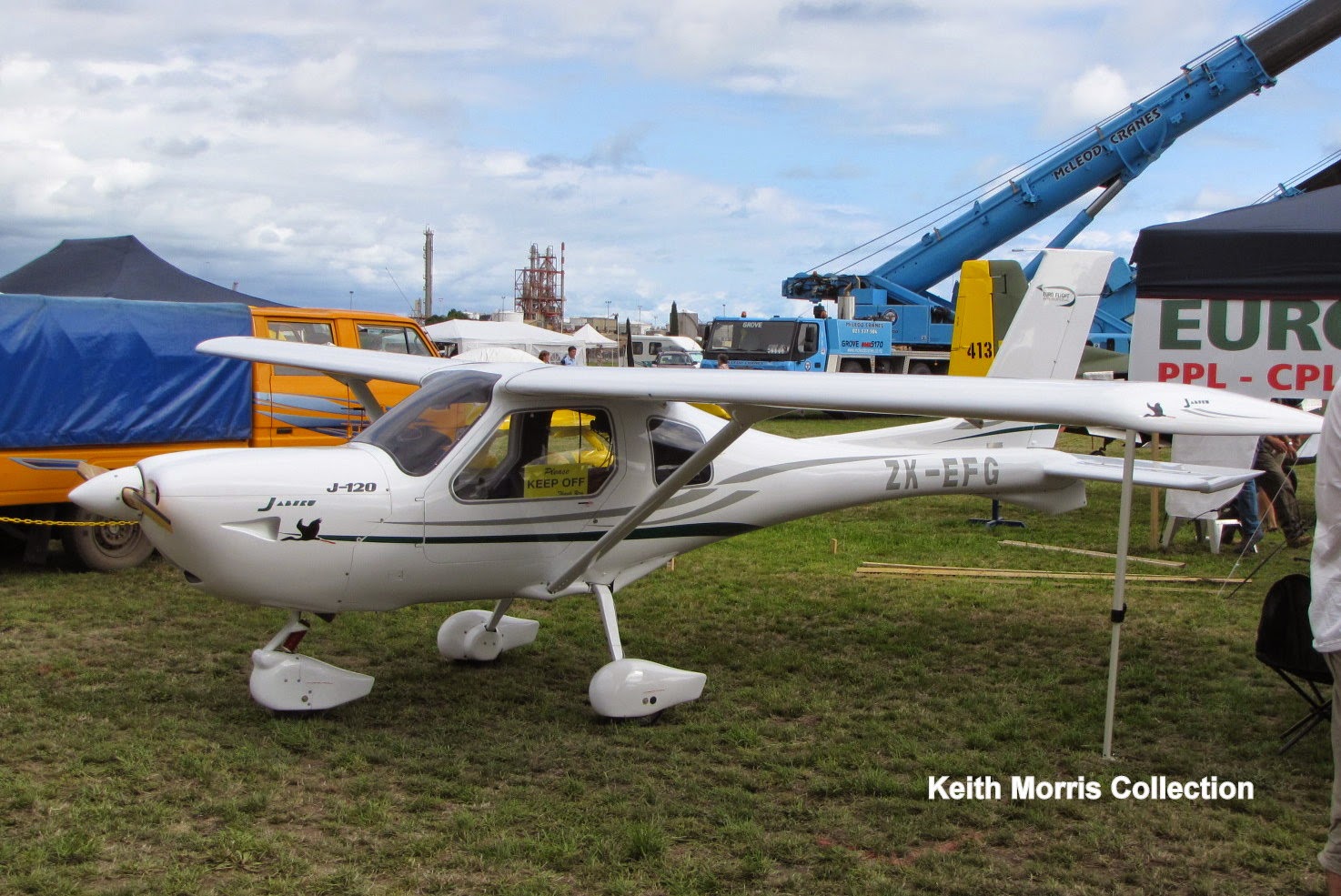 And our final J120 to date is ZK-EFG3 (c/n 001).  With that c/n it must be the first J120 so I assume it would be a factory built aircraft.  It is ex 24-5314 on the Australian microlight register and was flown across the Tasman in company with the J230 model ZK-EFO, (from Lismore to Lord Howe Island to Norfolk Island on 12/11/09, and then from Norfolk to Kerikeri and on to Tauranga on 13/11/09), for delivery to .Euroflight Intermational Ltd of Tauranga.  It is photo'd above at the 2010 SAANZ flyin at Tauranga. 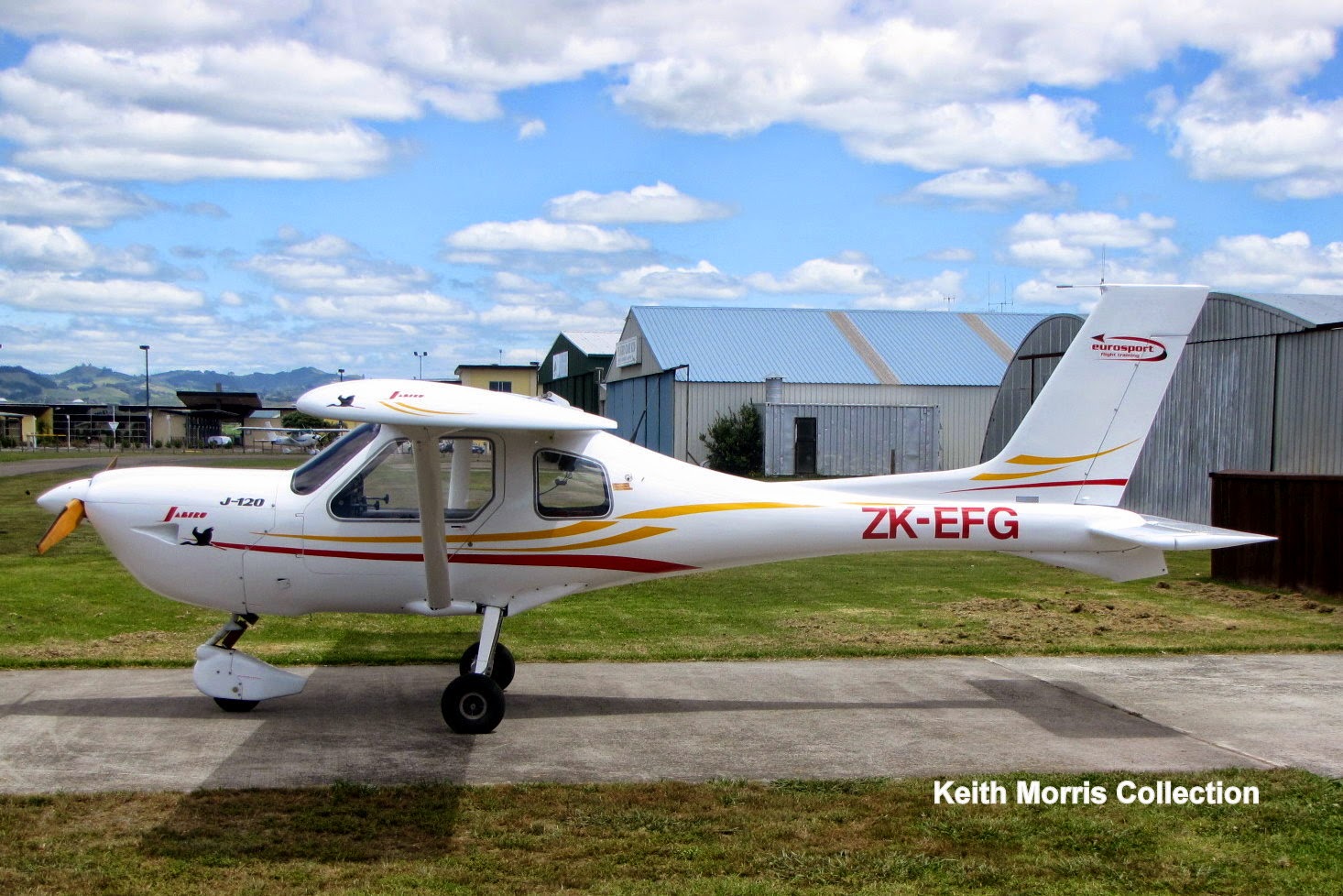 And here it it photo'd on 9/1/11 at Tauranga with Eurosport Flight Training titles.  Euro Flight International ceased operations at Tauranga in January 2011 so I am not sure where Eurosport fits in. 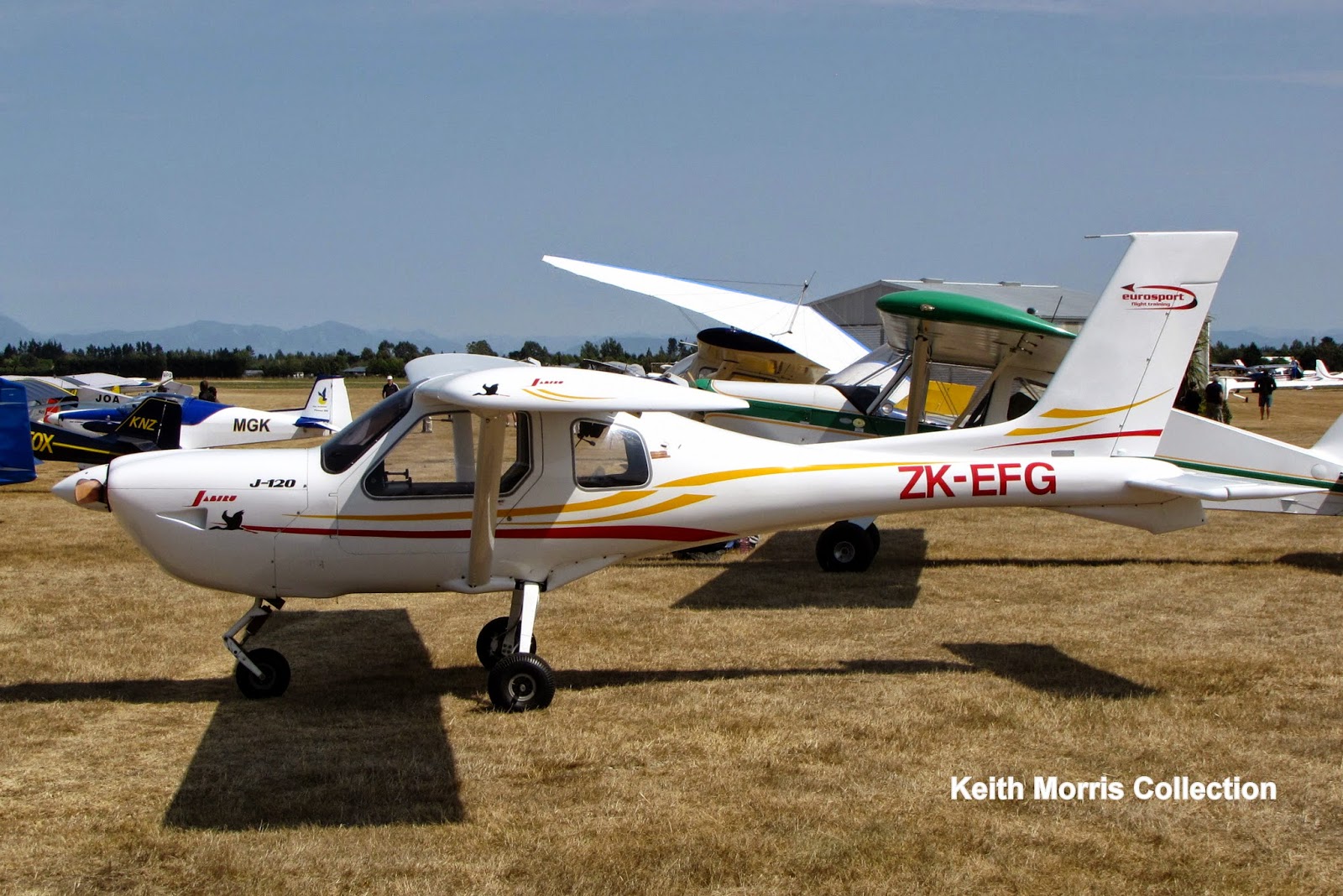 Finally it was sold to Hamilton Computer Services of Christchurch on 23/1/11.  It is photo'd above at the 2015 SAANZ flyin at Ashburton, still with Eurosport Flight Training titles.