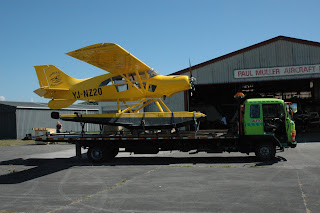 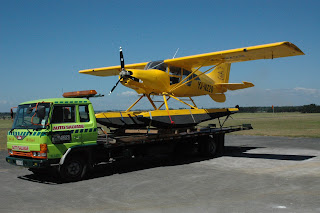 Following on from Blue Bus's post on Lake ZK-DQN, here are some shots of the operators Maule YJ-NZ20 at New Plymouth in late February 2007 before being taken to the Waitara River where it was subsequently flown from to Opua and departed there 02 March for Noumea Harbour direct, quite a trip! The Maule had been test flown on wheels from New Plymouth earlier in February.
Posted by MRCAviation at 12:01